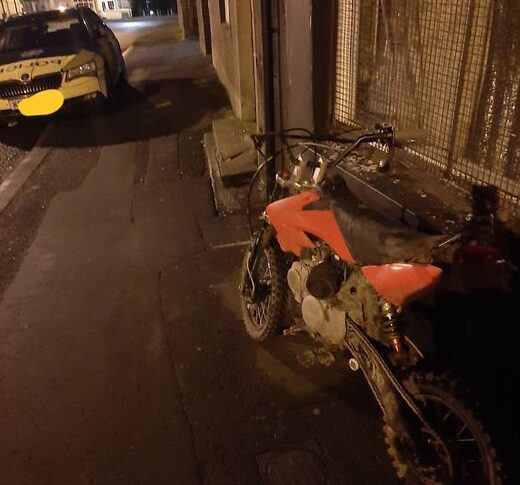 Police in Derry have seized a pit bike in Derry over the weekend.

Police Derry City and Strabane say: “Following reports from concerned residents in the Rosemount area of the city officers from Foyleside and the Moor Neighbourhood team responded.

“Within 15 minutes they were able to retrieve this pit bike which has been the cause of this ongoing recent nuisance and also a danger to anyone who would go on to use it.”