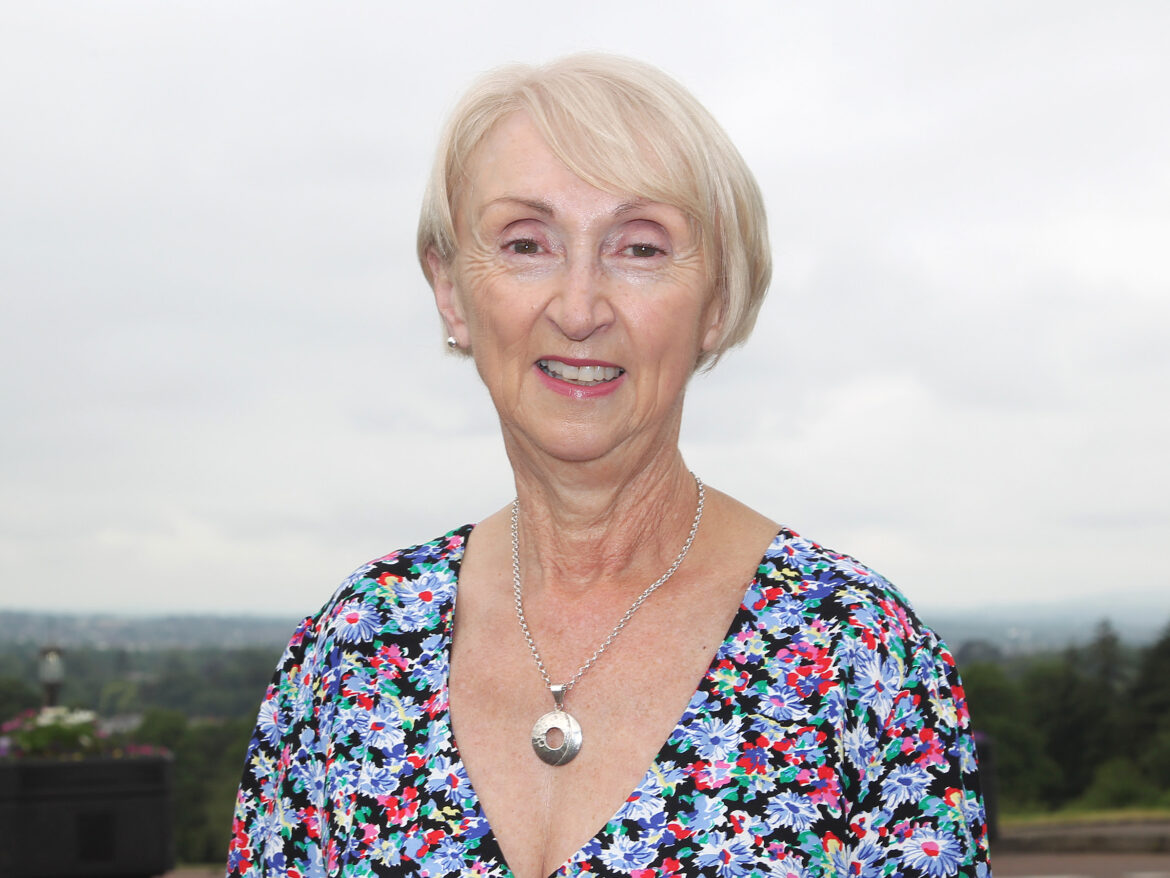 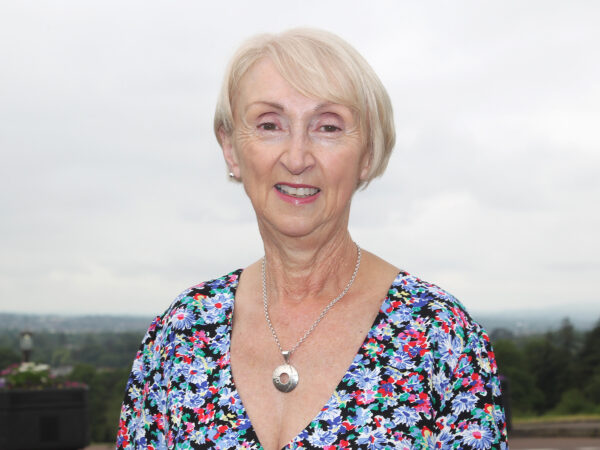 When Derry-native Noeleen McMorris found herself with a regular influx of hiccups, indigestion and a change in swallowing habits, she knew something was wrong.

Believing it was a side effect of medication, a routine GP appointment and a NICE guidelines scope referral was only the beginning.

September 2016 saw Noeleen diagnosed with oesophageal cancer. Quickly becoming overwhelmed with feelings of fear, anxiety and utter dread, she started into her journey of scans, CT and ultrasounds.

“Thankfully I was fit enough for chemotherapy,” Noeleen shared. “I was given 2 rounds and then had an oesophagectomy in March 2017. I was then told it was stage 2 cancer.

“Although it was a big shock, I was glad I had gone to the doctor early. I could so easily have ignored it and not done anything for months. I was really grateful my GP was on the ball and pushed for an endoscopy because I had a healthy lifestyle and didn’t fit the typical statistics of being an older man, a smoker or a drinker.”

Noeleen had a reasonably uneventful recovery process, with her strength returning as the years have passed. For her, talking about it is just as much part of the progress as recovery.

“I still have some side effects of surgery in recovery, such as dumping syndrome and tiredness, but I have learnt the coping mechanisms. I eat hourly during the day and need to watch what I eat and I look at this as a small price to pay for what I have. I’m still able to meet up with friends and travel with family. Life is different, but it’s still good.

“Overall it has been a rollercoaster but I’m well enough down the line now to appreciate that I am healthy. I deal with the symptoms, and I know how to adjust to cope with them and I positively encourage myself to eat healthily and eat properly.”

“It’s all about perspective. My son-in-law once told me that you’re always going to be seeing the worst cases in the hospital, people going through their worst. But with charity meetups and events, I’ve been able to see people post-recovery, enjoying a great life. It’s given me a much more positive outlook. OG Cancer was a great help for advice and support, and still are.”

OG Cancer NI is a Northern Ireland based charity that supports patients and carers facing an oesophageal or stomach cancer diagnosis, while also aiming to raise awareness of the early symptoms of the illness.

In line with these aims, OG Cancer NI has recently launched its new mobile unit.

As the unit makes its way across Northern Ireland it will serve as a support for those currently receiving treatment, worried about symptoms, or the recently diagnosed. 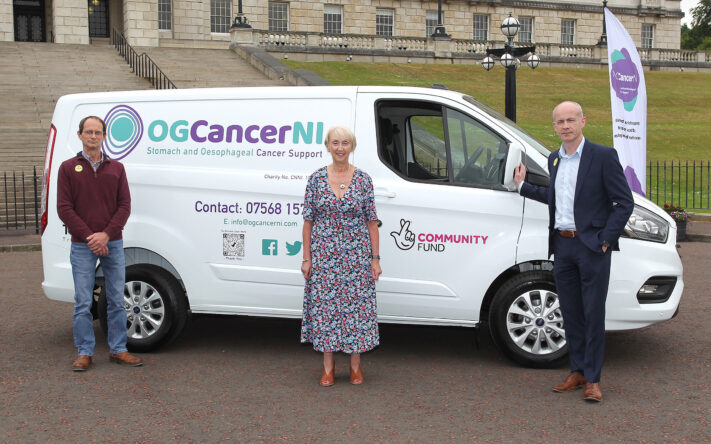 The long-term objective of the mobile unit is to spread awareness in order to increase survival rates.

“I think the campaign is very important,” added Noeleen. “People still don’t understand that anyone can get it. Be aware of changes in swallowing, reflux or hiccups and get it checked out.

“My gut feeling was telling me ‘something is wrong’ but I didn’t think it was cancer. Other than the hiccups I wasn’t feeling in any way ill. I could have very easily ignored it, or put it off. I think it’s important to realise that just because you don’t fit in the statistics, doesn’t mean you won’t be at risk.”

Recognising the signs and symptoms of oesophageal cancer is crucial to early diagnosis. Consult your GP if the following symptoms have been ongoing for more than 3 weeks: persistent indigestion, difficulty swallowing or food sticking, heartburn acid reflux, hiccupping that won’t go away, unexplained weight loss.

For those currently undergoing treatment, Noeleen shares her words of advice: “Take each day as it comes. Hopefully each day you will feel better, that’s what happened to me. Try not to think too far ahead.

“Keep in touch with groups like OG Cancer NI for advice and information, but try not to look on the ‘worst sites’ – try and stay positive.”

More information about the OG Cancer Mobile Unit is available on the website.

For more information about Oesophago-Gastric cancer or support, go to: https://ogcancerni.com/