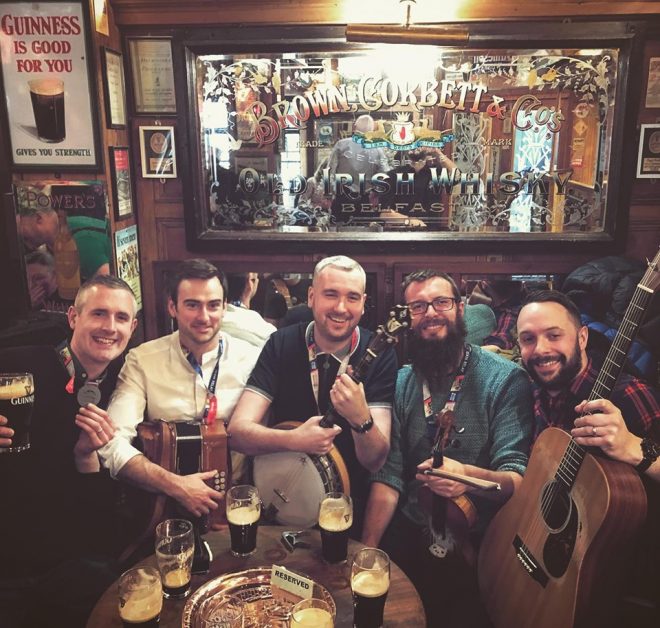 Folk and Trad band ‘The Rapparees’

The Alley Theatre are delighted to be welcoming ‘The Rapparees’ back to Strabane on Saturday 4th February. Celebrating their 20th year touring, performing and producing folk music, the band plan to mark the occasion in style with a concert that explores and reflects upon their journey so far.

The Belfast-based band have been putting their own spin on folk and traditional Celtic music since their formation with their own distinctive sound.

Twenty years on, the band still subscribe to the same school of thought and tell the story of their music with conviction, belief and an irresistible energy.

This concert will highlight the songs from all four previous albums, re-jigged and brought back to life, as well as songs and tunes that represent where the band are now.

Kevin Mawdsley – Bass, Button Accordion player from the Rapparees commented, “The Rapparees cannot wait to celebrate 20 years of music making with the audience in Strabane. The Alley Theatre lends itself to a cracking night, with a setting and sound that are second to none.

“Prepare to hear songs from the bands infancy and a celebration of Irish music through two decades. We are expecting a night of foot stomping and raucous chorus backing vocals from the ever spirited Alley Theatre audiences.”