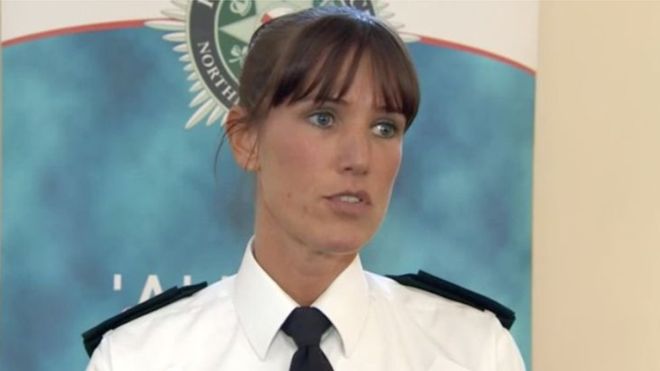 A former senior PSNI officer has alleged she was discriminated against by the force because she is a woman and as a result was removed from her position as police commander in Derry.

Emma Bond — who is now an Assistant Chief Constable with Police Scotland — is taking an industrial tribunal case against the PSNI over how she feels she was treated while in command of Police Derry City and Strabane.

Ex-Chief Superintendent Bond served with the PSNI for 23 years before leaving to join Police Scotland in February 2022.

She was awarded an MBE for services to policing and the community in 2019.

Ms Bond’s case against the PSNI has been listed for hearings this week, with a case management preliminary hearing held earlier this week.

However, that session was private and no members of the public or press were permitted to attend.

The officer previously served as the PSNI’s head of learning and development, head of innovation and change, and executive lead for hate crime.

She was appointed commander of the Police Derry City and Strabane area in January 2021 – the first female to command the district.

“Chief Superintendent Bond has previously held senior command team roles in Belfast and Antrim & Newtownabbey Districts and was most recently Head of Innovation and Change Branch.

“The Commander started on Monday and is really looking forward to getting to know her new colleagues and the wider community.”

But within a few months, Chief Supt Bond had mysteriously left Derry and was replaced by Chief Supt Darrin Jones.

The PSNI and Police Scotland were both contacted for comment regarding the industrial tribunal case.

Police Scotland said ACC Bond will not be making any comment at this stage.

The PSNI said: “As legal proceedings are ongoing, it is inappropriate for us to make any comment.”