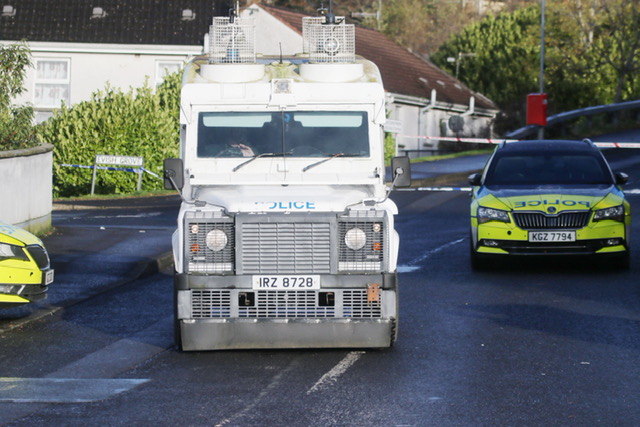 Police at the scene of bomb murder bid on PSNI officers in Strabane on November 17. Pic by NorthWest Newspix

A 50-year-old man arrested by detectives from the PSNI’s Terrorism Investigation Unit investigating the attempted murder of two police officers in the Mount Carmel Heights area of Strabane on Thursday, November 17, has been released following questioning.