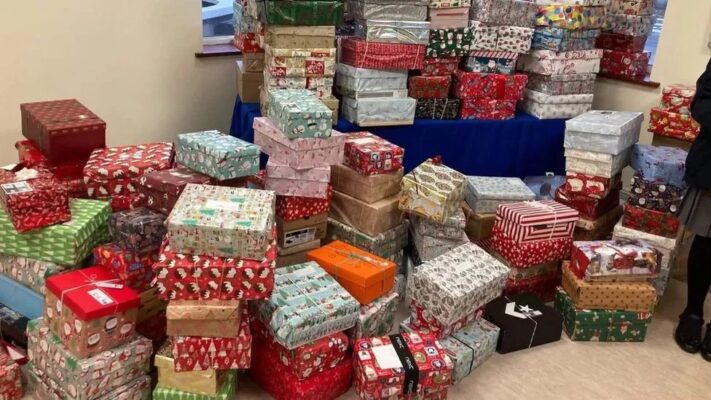 A Derry school has helped fill a lorry full of toys to be sent to children in Ukraine for Christmas.

The consignment has been collected by pupils from Lumen Christi College.

It left from Mallusk in Co Antrim on Wednesday.

The lorry – which is believed to be the 18th one sent from Northern Ireland since the war began – will make the 2,542 km (1,580 mile) journey towards Lublin in Poland before heading to the Poland-Ukraine border.

The Honorary Consul for Poland in Northern Ireland, Jerome Mullan, said the people of Ukraine are facing “a very difficult winter”.

Mr Mullan added: “The war is still on, it will continue right into next year and the aid will have to continue to be provided.”

Students have donated more than 200 Christmas boxes in the six weeks since the Christmas gift initiative’s launch.

She said the school pupil’s generosity has been “amazing”.

Their donations will be distributed by “a fantastic network of people” in Ukraine.

“All the Christmas boxes will go to the Church of the Mother of God, to help children who lost their homes, who lost their parents,” she told BBC Radio Foyle. 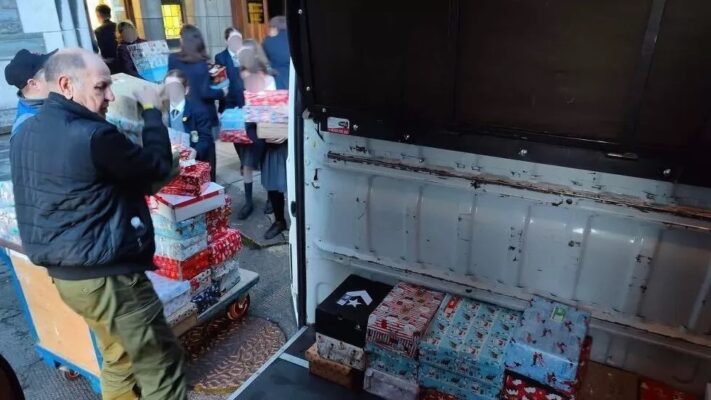 “I have been speaking to Ukrainian people and they are all saying this will be fantastic for the kids, especially in this hard time for them.

“We are looking after the logistics, the lorries, but it is the stuff on the lorries is the lifesaver.”

It is the 18th lorry to leave for the Poland-Ukraine border from Northern Ireland since the start of the war, she said.

“Every time we ask for anything, from toiletries to food to clothes, duvets, pet food, we always have an amazing response from local communities, from Northern Ireland.

“Without everyone, we would not be able to send as much goods.

“Without people from Northern Ireland, people in Ukraine would not survive.”