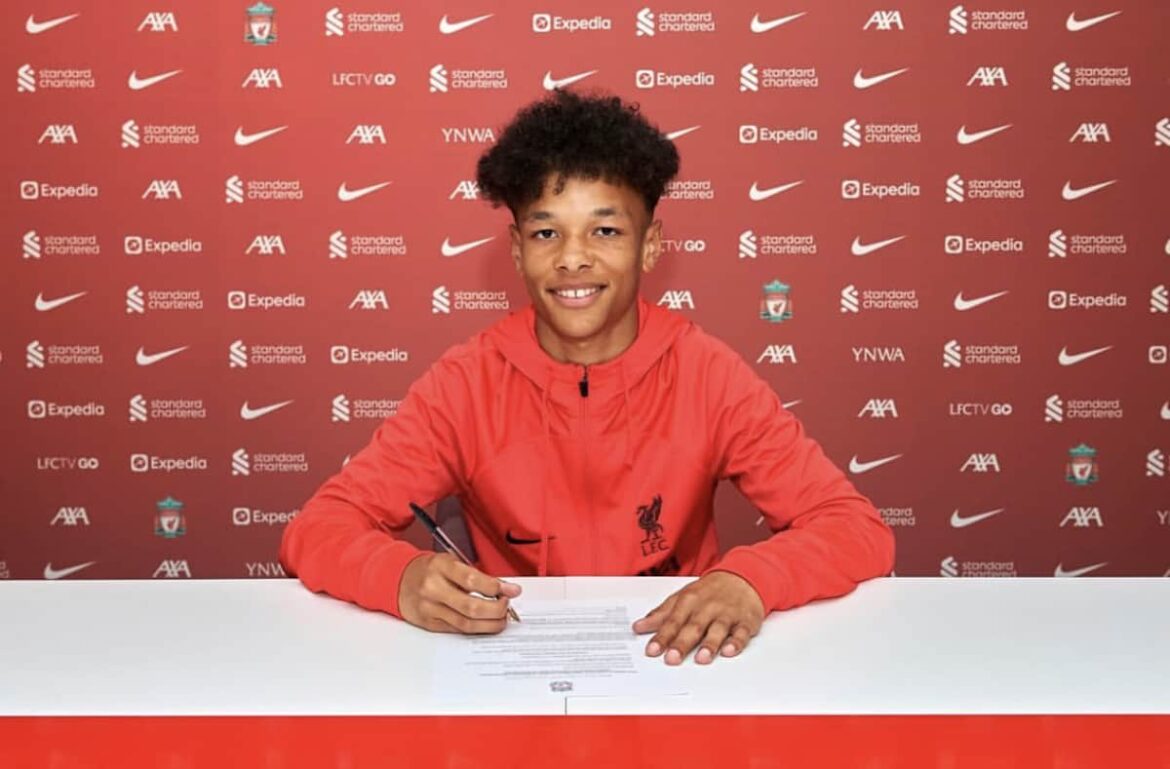 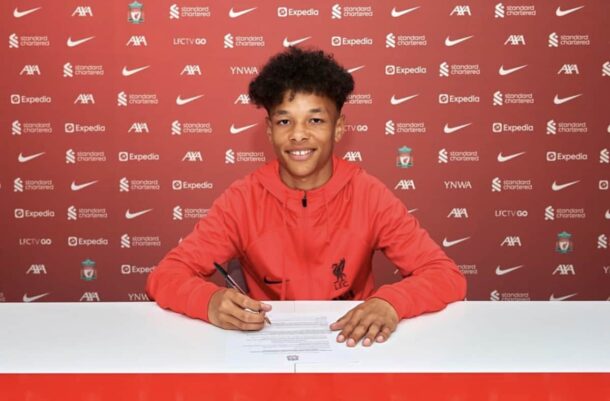 Teenage wing wizard Trent Kone Doherty netted twice to inspire Liverpool to an emphatic romp into the last 16 of the UEFA Youth League.

The 16-year-old Derry lad signed from The Candystripes in July this year and has impressed the youth coaching staff at Anfield with his skills.

Ben Doak scored a fine individual goal – his fourth in the competition this season – was the highlight as the Reds’ under-19s thumped Napoli 5-0 at the Academy in Kirkby on Tuesday afternoon to secure top spot in their group.

Marc Bridge-Wilkinson, the U18s coach, was in the dugout in place of usual coach Barry Lewtas, who was absent having undergone an operation on Monday.

And he oversaw an outstanding team performance in which both Doak and Chambers in particular put forward compelling claims for first-team consideration ahead of the League Cup tie against Derby County at Anfield next week.

Liverpool began strongly and almost went ahead in the opening moments when Koumas couldn’t quite apply the finishing touch after superb work by Doak down the right flank.

While the Reds dominated possession, they were unable to seriously test Napoli goalkeeper Claudio Turi with the visitors, who had taken just one point from their previous five group games, defending with vigour.

That, though, all changed on 29 minutes when Liverpool went ahead, Chambers producing a trademark burst down the left and crossing low for Melkamu Frauendorf, whose shot went in off Koumas.

Chambers and James McConnell then had efforts blocked in quick succession, while Napoli’s only real first-half threat came shortly before the break when Lorenzo Russo drove narrowly wide with a low shot from range.

But Liverpool took the game away from the Italian side with a swift double shortly after half-time.

The first, on 51 minutes, saw Chambers play a fine crossfield pass to Doak on the right, who cut into the penalty area, ran at his marker and thumped into the far corner.

Five minutes later, Doak returned the favour by laying the ball square for Chambers to run in and smash a shot home from 20 yards.

Kone-Doherty then got in on the act with two goals in three minutes.

He tapped in on 63 minutes after Frauendorf’s shot was only parried, and then produced an excellent turn and finish having been found in the area by Lee Jonas.

As group winners, Liverpool have progressed automatically to the last 16 and will find out in the New Year who they face after the play-offs are concluded.