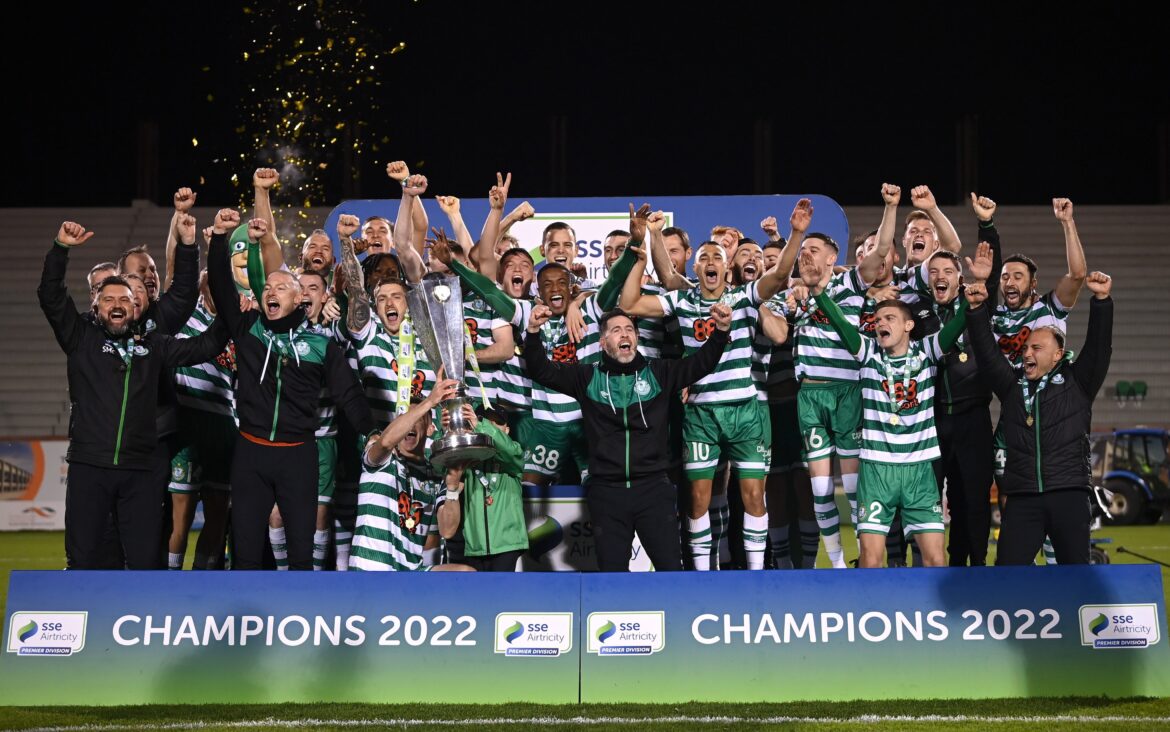 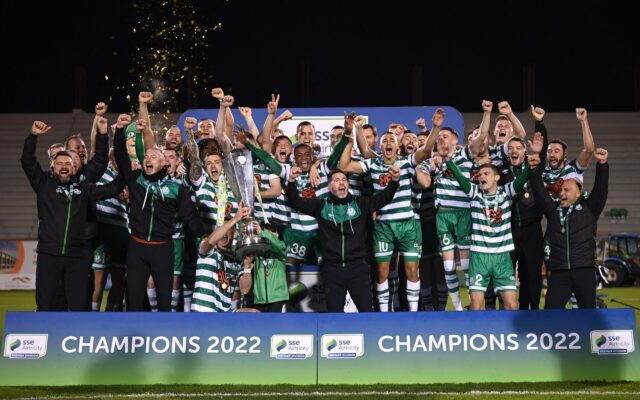 Shamrock Rovers brought the curtain down on their home campaign with a deserved victory over their nearest rivals Derry City.

Player of the match Rory Gaffney scored the all important goal just before the break and the Hoops showed their experience and quality in the second half to see out the win and also secure goalkeeper Alan Mannus’ his 98th clean sheet of his career.

The Candystripes had a few half chances, but despite having most of the possession, they never really tested Mannus and suffered their first domestic loss in 20 games.

Derry players did a guard of honour to show their respect to the newly crowned champions as they entered the pitch to a great reception, at a packed Tallaght Stadium.

Both sides were just like two boxers feeling each other out in the opening quarter and it was the visitors who went close on 29 minutes as Sean Hoare’s terrible back pass from the half-way line only found Jamie McGonigle, but the striker’s 20 yard strike was tipped around the post by Mannus.

Meanwhile at the other end Dan Cleary’s right wing cross found fellow centre-back Lee Grace at the back post, but his powerful header into the ground was saved at the second attempt by City keeper Brian Maher.

The deadlock was broken on 38 minutes as Andy Lyons’ got away from Ronan Boyce, before seeing his left wing cross find Gaffney at the near post, his initial close range effort was blocked by Shane McEleney, but the striker turned home the rebound from close range.

Soon after Maher had to make a smart save to deny Rovers a second goal, this time pushing away Towell’s well hit drive, from the right hand edge of the box. Mannus had to make a comfortable save on 50 minutes, this time diving to his left hand to keep out McGonigle’s long range strike. 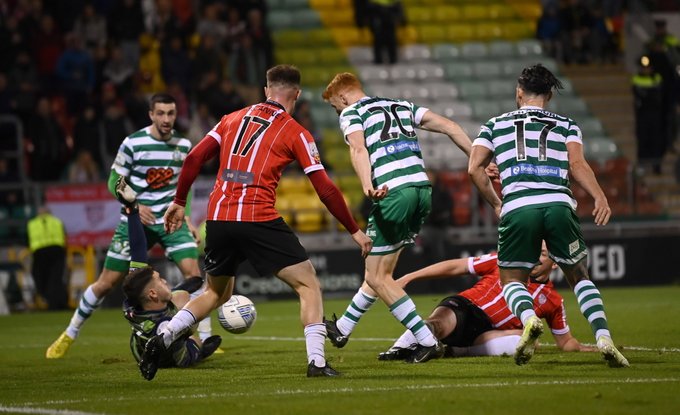 On 67 minutes Rovers went close on a rare break away but Lyons’ curling strike was easily saved by Maher.

Rovers were unlucky not to double their lead on 84 minutes as Jack Byrne fed fellow substitute Graham Burke, but his well hit drive from the right hand side of the box was kept out by Maher.