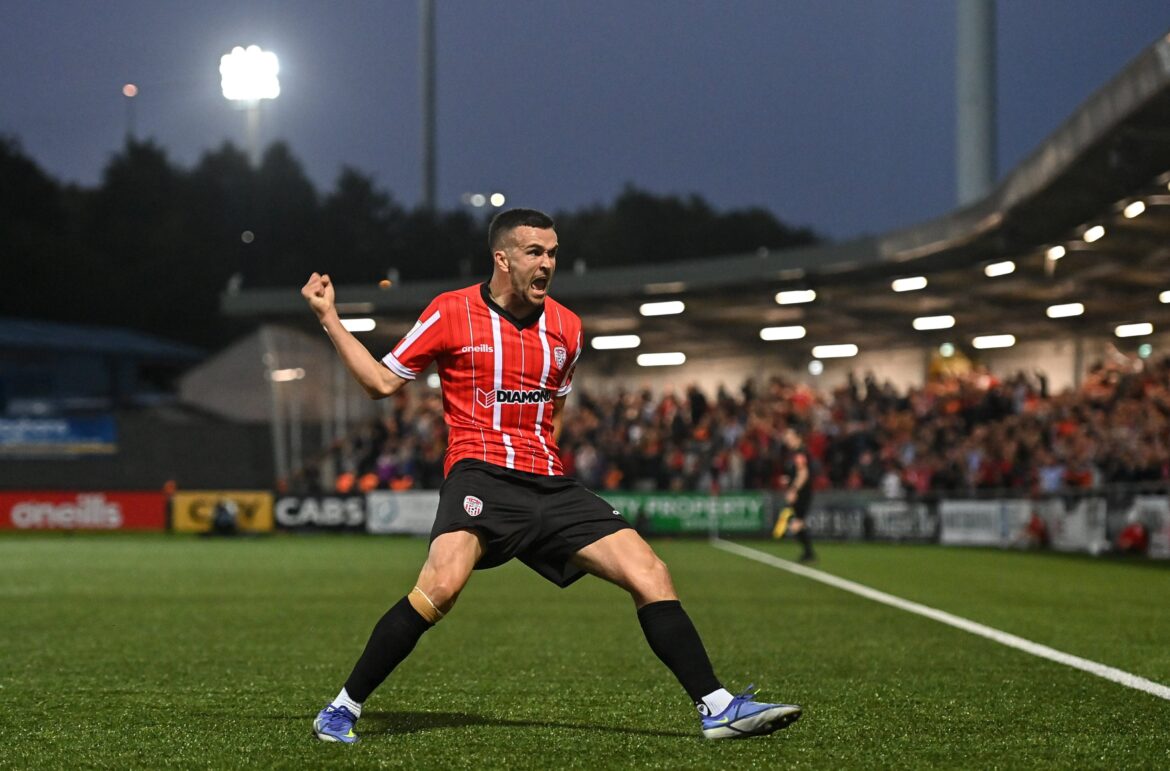 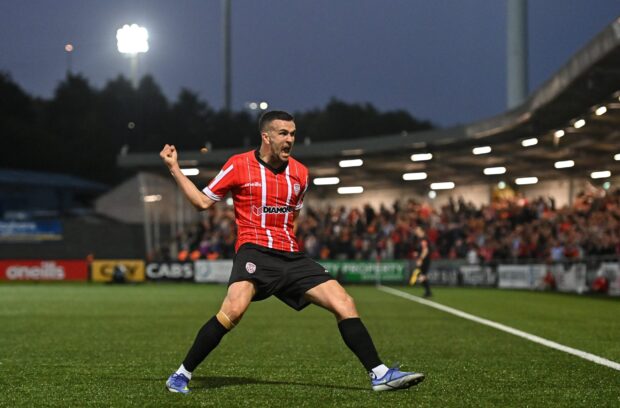 The Candystripes, who have now closed to within a point of champions Shamrock Rovers (with two games more played), never really got going in what was a disappointing affair against Bohemians, but Duffy’s goal deserved to settle any game.

The talented winger picked up the man of the match award and his ‘worldie’ played a big part in securing the accolade.

City created a good opening on four minutes when Ryan Graydon fed Patrick McEleney, who in turn found James Akintunde in the box, but the Londoner failed to get his shot away when well placed.

Derry suffered a terrible injury set-back early on as the game was held up for over 15 minutes when Ciaran Coll fell heavily and had to be stretchered off and replaced by Shane McEleney.

Coll was knocked out in the fall and was taken to hospital after regaining consciousness.

He was reportedly able to speak with team-mates before being stretchered off.

The home side broke the deadlock on 39 minutes with a goal of the season contender from Duffy.

The Derry man’s stunning first-time strike from the left edge of the box flew past Bohs keeper Jon McCracken, before clipping the post on its way into the net.

Derry missed a golden chance to double their lead 10 minutes into stoppage time in the first half as Duffy’s corner found Ronan Boyce, but the young defender headed over when unmarked inside the Bohs six-yard box.

The Gypsies could have equalised on 52 minutes as Liam Burt’s teasing right-wing cross found Rory Feely at the back post, but the unmarked defender headed well over.

Bohemians really should have levelled things ten minutes later as Liam Burt found Ethon Varlan, but the striker’s well-hit drive from 10 yards was outstandingly kept out by Brian Maher, the City keeper’s left boot diverted the ball away.

Maher was called into action again on 81 minutes as he comfortably gathered Declan McDaid’s snap-shot, after the substitute did well to get away from Ronan Boyce.

The victory for the Brandywell men means there certainly is still a title race as the season enters the business end of the campaign.