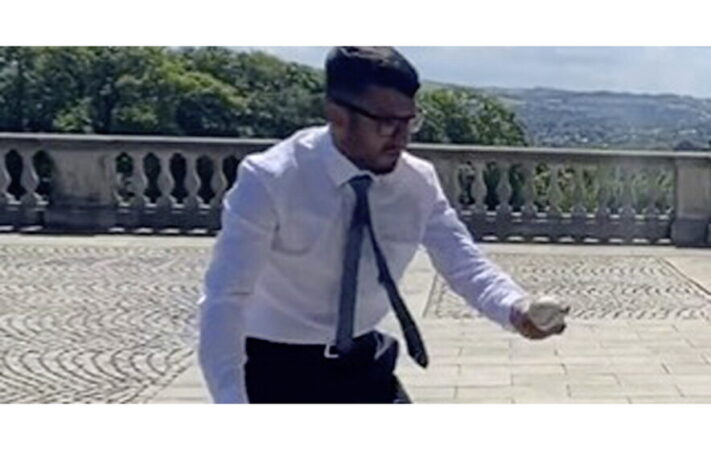 Abood Al Jumaili, pictured at Stormont, will be a special guest at next month’s Martin McGuinness Gaelic tournament.

The blitz, organised by the Martin McGuinness Peace Foundation, is held annually in Derry to commemorate the former Sinn Féin deputy first minister who died in 2017.

A native of Baghdad, Mr Al Jumaili arrived in Ireland in 2008 aged nine.

A player with Dublin’s Ballinteer St John’s club, he was named as the GAA’s first ever “diversity and inclusion ambassador” earlier this year.

Confirming his attendance to present medals, a spokesman for the foundation said more than 1,200 young people would be taking part at venues across Derry on August 20 with the finals scheduled for Celtic Park.

“Abood’s love of hurling is well-known and it has seen him travel around the country to promote the game.

“Many people will know him through his social media profile where he has posted videos of his travels.

“We would encourage people to come along to support the young people as well as taking the opportunity to meet someone from a very different background and tradition who has embraced Gaelic games,” the spokesman said.