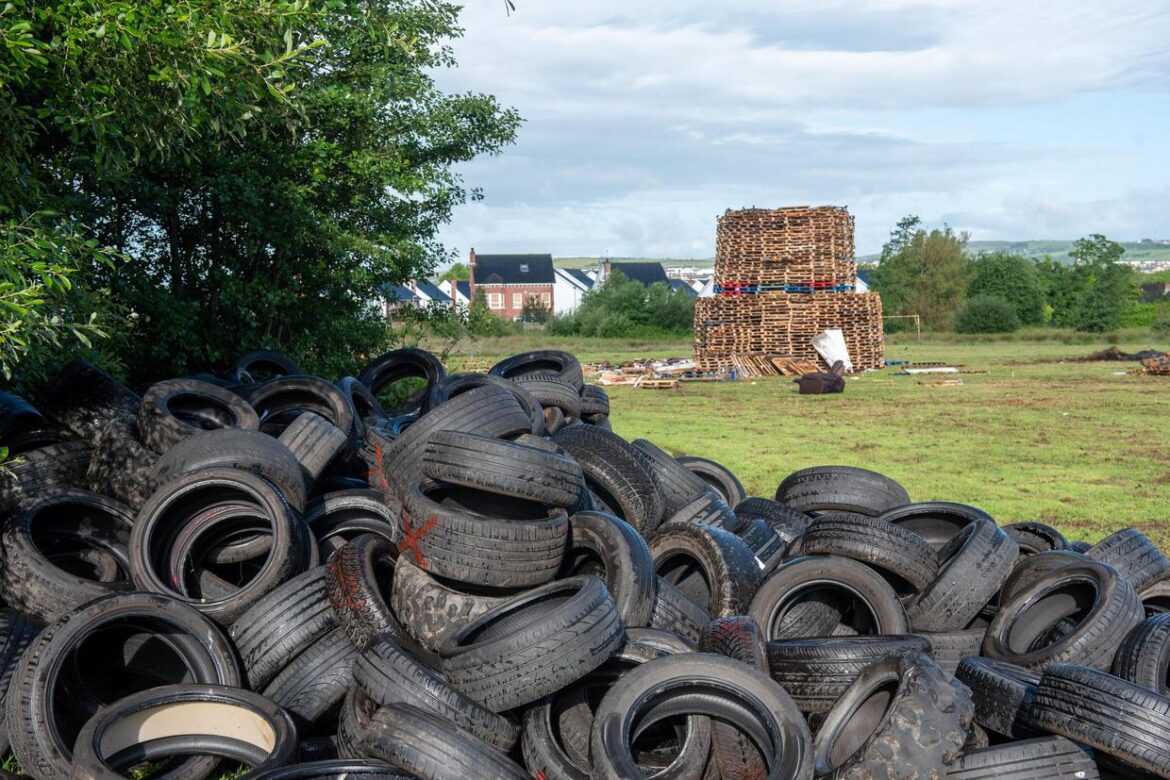 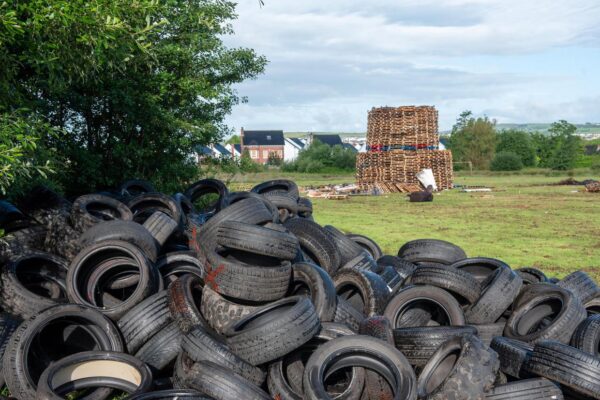 The DUP has refused to nominate a representative to Derry City and Strabane District Council’s Bonfire Working Group for a second year in a row.

To coincide with the decision, dozens of tyres have been piled up at the Clooney Estate bonfire site in the Waterside, an area in which the DUP would have influence.

Last year, the UUP had also initially declined to nominate a representative to the group, but re-engaged a short time later.

Outlining its position at the time, the DUP said the Protestant, Unionist and Loyalist (PUL) community was “annoyed” about a range of issues, including the NI Protocol and policing, and people were unhappy that the centenary of NI had been “snubbed” at council level.

Now, at a special council meeting where parties nominate representatives to various internal and external bodies, the DUP told the council’s chief executive, John Kelpie, it would not be nominating anyone “at the minute”.

In 2017 the council set up the Bonfire Working Group.

It was to have councillors from different backgrounds representing all political parties in order to show respect for cultural traditions as well as respect for the law and each other.

The main objectives of the group are to ensure bonfires are safe, clean and respectful to people of all backgrounds who live near them.