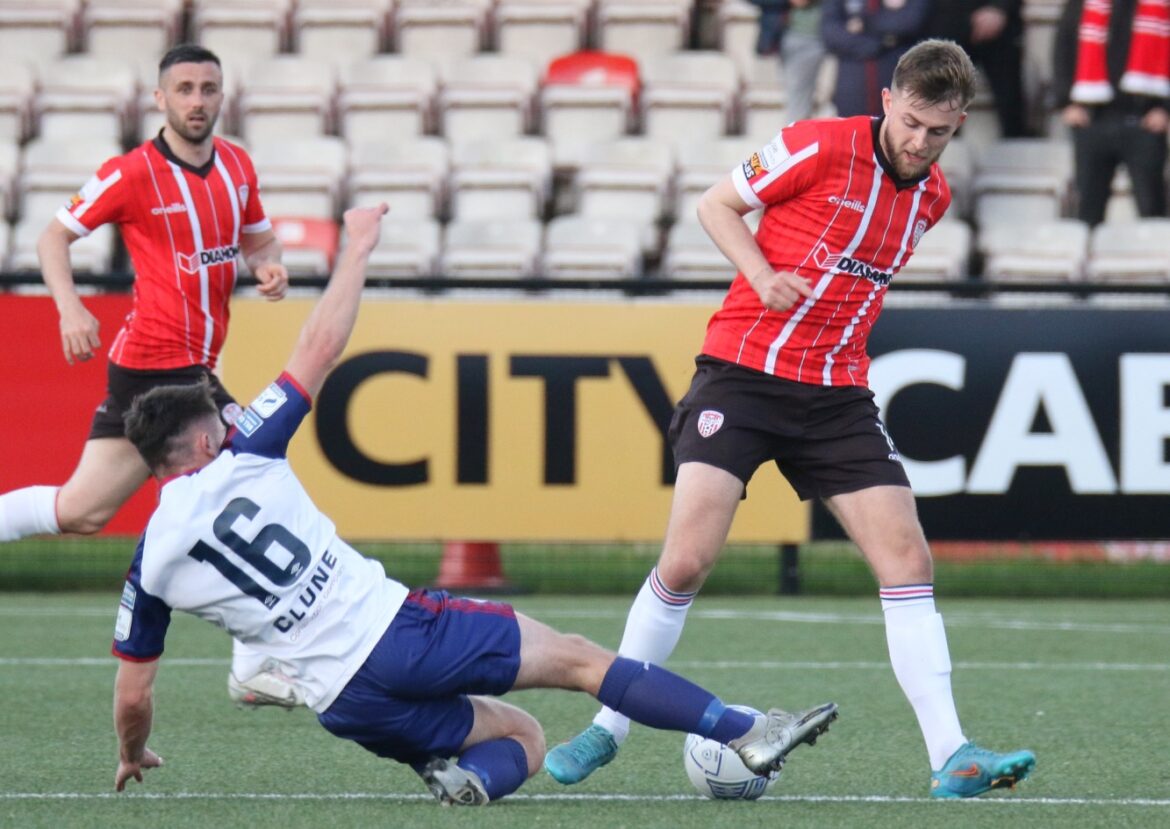 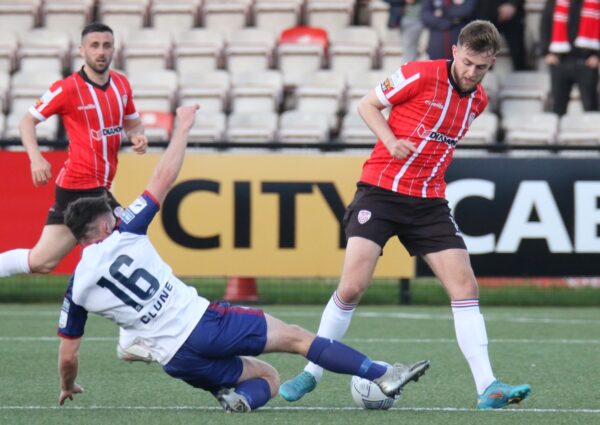 Derry City FC will certainly rue the missed chances to extend their lead at the top of the League of Ireland table to see off St Patrick’s Athletic during a frustrating Monday night, May 9, at the Ryan McBride Brandywell Stadium (kick off 7.45 pm).

Ruaidhri Higgins’ men were dominate for long periods and had enough chances to win the game, but the woodwork and some strange goalkeeping by Joseph Anang.

City went close on 10 minutes as Matty Smith burst clear down the left and his cut-back at the near post picked out Jamie McGonigle, but the striker’s side footed effort was deflected around the post by Saints defender Tom Grivosti.

Minutes later a super pass by Shane McEleney was flicked on by McGonigle into Ronan Boyce’s path, who in turn played in Brandon Kanavangh, but after cutting in from the right onto this left foot, the midfielder fired over from 16 yards.

On 38 minutes a Will Patching left wing corner found Eoin Toal, but the big centre-back’s close range header was straight at Anang and the big St Pat’s keeper parried the effort away.

The Saints continued to struggle in the second half as Derry dominated possession and on 54 minutes Anang did well to keep out McGonigle’s glancing header. 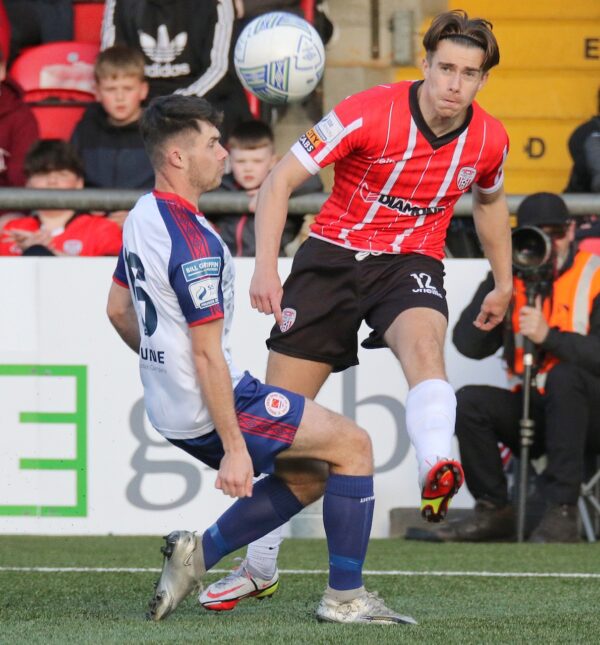 Moments later McGonigle and Dummigan both went close, but some brave defending by Grivosti and Joe Redmond threw their bodies in front of both pile drivers.

Derry were inches away from finally breaking the deadlock on 73 minutes as substitute Patrick McEleney watched his superb low left footed drive whistle past Anang, but come back off the post.

Soon after Tim Clancy’s men broke swifty in a rare counter attack, but with the goal at his mercy Chris Forrester dragged his shot from 12 yards, wide of Brian Maher’s right hand post.

Derry missed a glorious chance to take the lead on 82 minutes as they broke three against two, but Kavanagh’s under hit pass meant that McGonigle had to cut inside and Anang kept out the striker’s left footed effort.

Right at the death St Pat’s substitutes Darragh Burns and Kyle Robinson combined with the latter racing in behind the City defence, but his tame shot was straight at Maher.