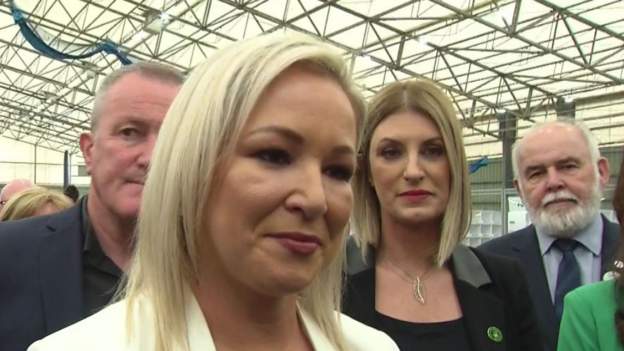 Michelle O’Neill on course to be First Minister

Sinn Féin has received the most first-preference votes in the 2022 Assembly election by almost 70,000 ahead of the DUP.

The DUP first preference vote has dropped by about 40,000.

The DUP and Sinn Féin are vying for top spot in the election, which comes with the entitlement to nominate the next first minister.

While the office of the first and deputy first minister is an equal one with joint power, the allocation of the titles is regarded as symbolically important.

But it is unlikely a new cross-party Executive will be formed as the DUP are refusing to back into the Assembly until the NI Protocol is removed.