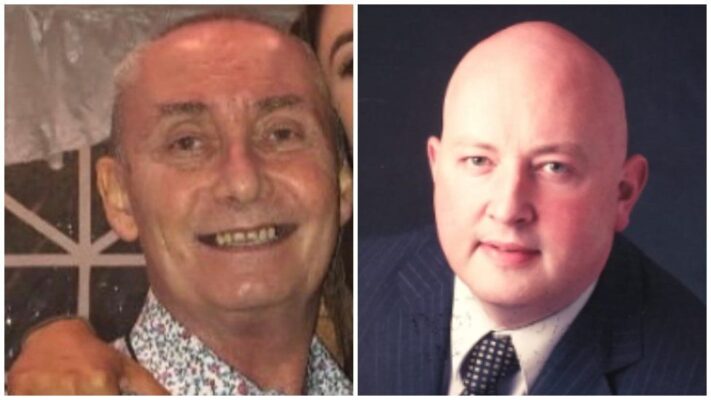 A number of vigils are due to be held across the island of Ireland on Friday in memory of two men who were killed in Sligo town earlier this week.

Aidan Moffitt and Michael Snee were found dead in their own homes on Monday and Tuesday night.

A 22-year-old man was remanded into custody on Thursday after being charged with their murders.

Many of the vigils have been organised by members of the LGBT community and they will begin at 18:00 local time.

A vigil has been organised outside the Guildhall Square in Derry and another one at Belfast City Hall.

Belfast City Hall will be lit up in rainbow colours on Friday evening.

Memorials are planned at Sligo town hall and in Dublin city centre, outside Dáil Éireann as well as other towns and cities in the Republic.

Tributes have been paid to both victims by their friends and neighbours in Sligo.