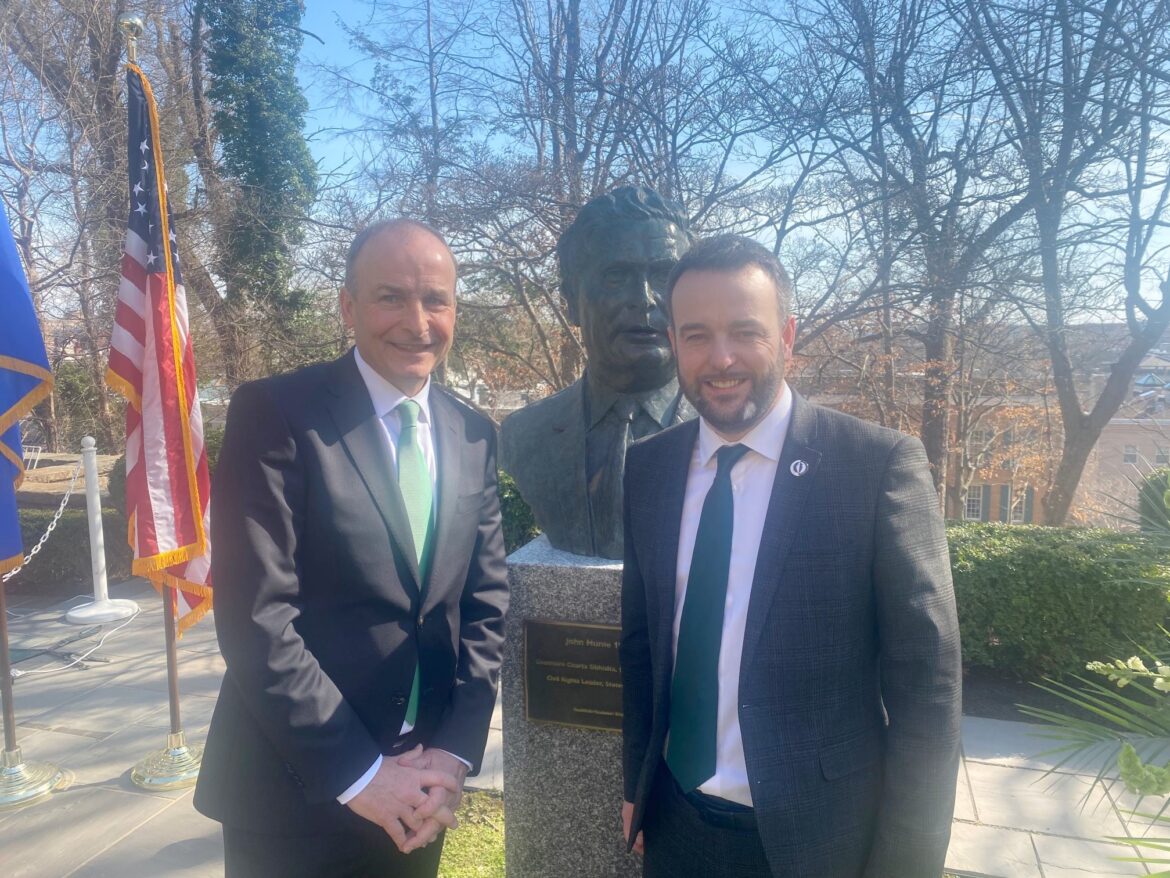 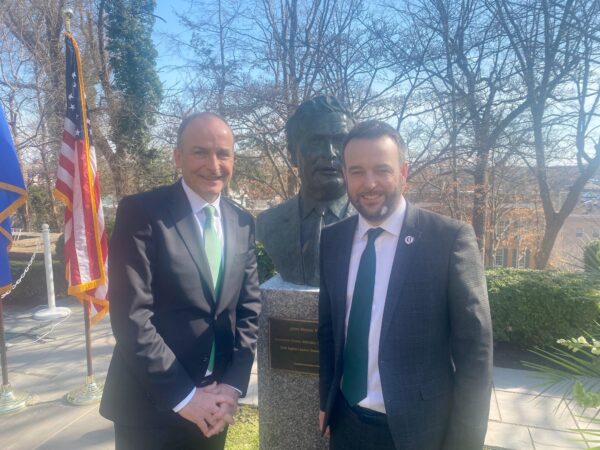 Taoiseach Micheal Martin has unveiled a bust of John Hume in Washington.

Mr Martin, who is in Washington for the St Patrick’s Day celebrations, said the former SDLP leader was committed to peace and reconciliation around the world, and not just in the North of Ireland.

The bust was unveiled on Tuesday at the Irish Ambassador Dan Mulhall’s residence in Washington DC.

Referencing the Russian invasion of Ukraine, the Taoiseach said Mr Hume would have been a “powerful voice defending democracy, defending European values and insisting on the right of all people to be free”.

The ceremony was attended by members of Mr Hume’s family, as well as Congressman Richard Neal and SDLP leader Colum Eastwood.

The bust is by artist Elizabeth O’Kane.

“By any measure John Hume was a great Irishman who devoted his life to his community, to his country and to the international cause of peace and reconciliation,” Mr Martin told the gathering in Washington.

“That is why it is a particular honour to be here today to unveil this magnificent sculpture, a mark of respect from a grateful country and fitting reminder of the extraordinary work he undertook in this city.

“John was a force of nature who used his immense energy and talents as a relentless servant in the cause of civil rights, peace and reconciliation.

“At the darkest moments of the conflict, he provided irreplaceable leadership, never losing faith that justice and peace would prevail. 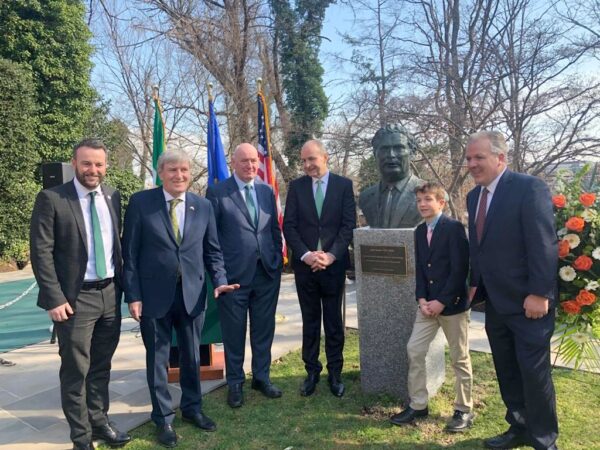 “There is simply no doubt that without John Hume providing the roadmap, the Good Friday Agreement of 1998 would have been impossible.

“We felt a great loss when John left us two years ago, and again last year at the passing of his beloved wife Pat, who, like John, was an extraordinary agent and advocate for peace.”

Mr Hume, as part of his efforts to secure peace in the North of Ireland, spent a considerable amount of time and energy among political leaders in Washington.

“Throughout his four decades of public action, John was determined that the rights and voices of all of the people of Derry, Northern Ireland and Ireland would be heard,” Mr Martin said.

“Just like all truly historic figures he wanted to change the debate and break the cycle of division and misunderstanding which too often lay at the foot of conflict.

“That is what brought him to this city and helped him build and renew deep connections with Ireland in Congress and various administrations.”

The Taoiseach said the conflict in Ukraine could not ignored, even as Ireland celebrates its patron saint.

“The peace we now enjoy on Ireland is something that we cherish. However, this St Patrick’s Day our celebrations are tempered by the suffering of the Ukrainian people, and by the reminder that peace and democracy can never be taken for granted.

“Across Ireland and the world, we are marking this St Patrick’s Day in solidarity and in communion with Ukraine.

“John was never the loudest voice but he was always the clearest and most powerful.

“At this moment, and always, we should be proud to have known him and determined to honour his service.”

Mr Martin also issued a warning that peace cannot be taken for granted in Northern Ireland.

“John’s work is as vital as ever. Perhaps above all it teaches us the importance of patience and persistence in the search for political agreement. As Yeats wrote in a different context, ‘peace comes dropping slow’.

“The peace process in Northern Ireland has been transformative but it remains a work in progress.

“Northern Ireland continues to grapple with painful and unresolved legacies, a still urgent need for tackling poverty and disadvantage, and now the disruptive consequences of Brexit. 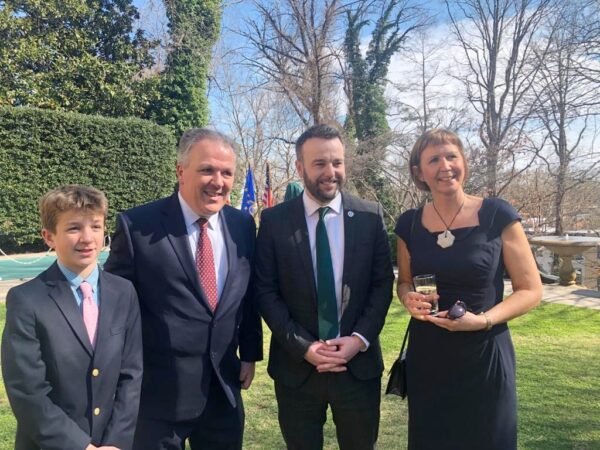 “Unfortunately, the generous, open and inclusive vision which John worked so tirelessly for is too often missing.”

In a Facebook posting, SDLP Leader and Foyle MP Colum Eastwood wrote: “With Micheál Martin and many friends of Ireland at the unveiling of a bust of John Hume at the ambassador Dan Mulhall’s residence in Washington DC.

“John’s impact in the US was fundamental in bringing about the Good Friday Agreement.”