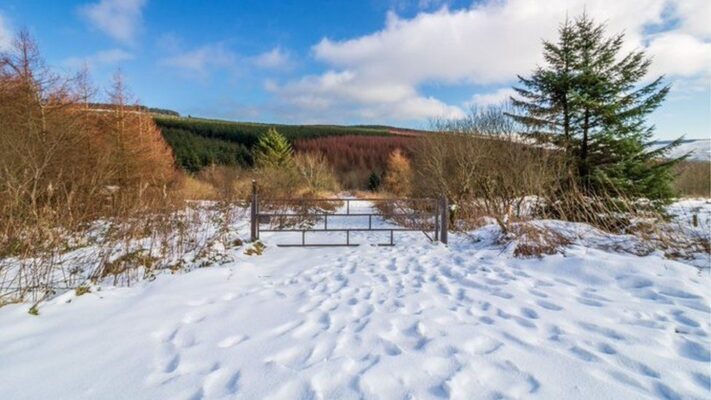 HEAVY snow showers and lightening are forecast for northern and western counties of the North of Ireland from later on Wednesday afternoon.

The Met Office has updated its yellow warning for wind and snow to snow and lightening in counties Derry, Antrim, Tyrone and Fermanagh.

The warnings come into force at 5 pm today and will last until 8 pm on Thursday, February 24.

The Met Office said some of the areas may be affected by lightning.

Following windy weather and rain during the day, temperatures are expected to drop sharply in the evening.

Showers will turn increasingly wintry, with snow initially on high ground dropping to lower levels through the night.

By Thursday morning, a covering of snow is expected in some areas, with several centimetres possible at some lower levels and more over hills and mountains.

The gusty winds will mean blizzard-like conditions are likely on some high-level roads, for example the Glenshane Pass and the Coleraine to Limavady Road.

Temperatures will drop below 0C in places, leading to icy stretches through the rush hour on Thursday morning.

The combination of heavy snow showers and gusty winds will mean treacherous conditions for commuters.

The showers will turn to a mix of rain, sleet, hail and hill snow by Thursday afternoon.

More windy weather is expected on Thursday night, and at times over the weekend, but Friday will be a recovery day.

Heavy rainfall ahead of Storm Franklin’s arrival caused severe flooding in parts of the North of Ireland.

On Friday, Storm Dudley brought heavy rain and strong winds and hundreds of homes in counties Derry and Armagh were left without electricity.

This was followed by Storm Eunice, which saw flights and ferries cancelled and snow in some parts of the country.

In the Republic, a council worker died while trying to clear fallen trees during Storm Eunice.