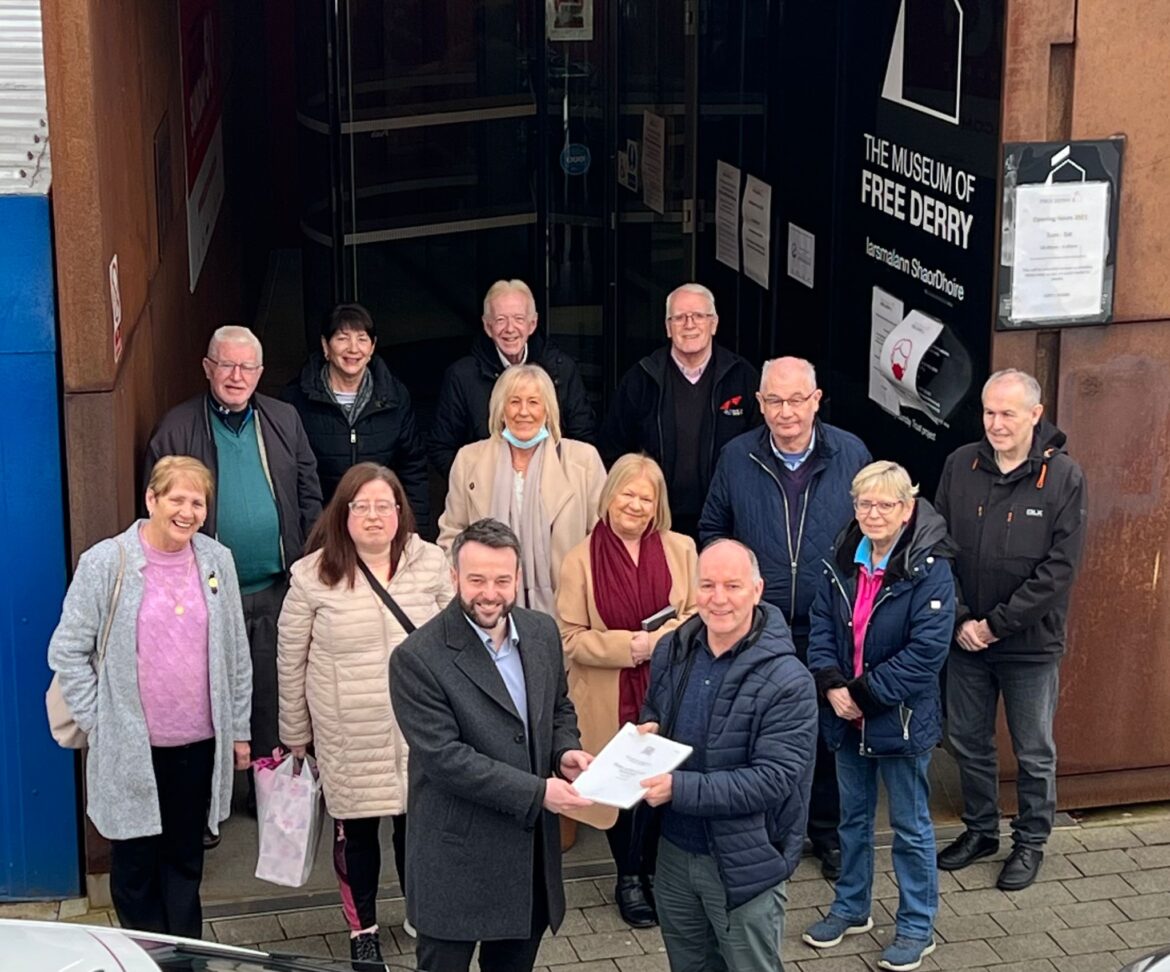 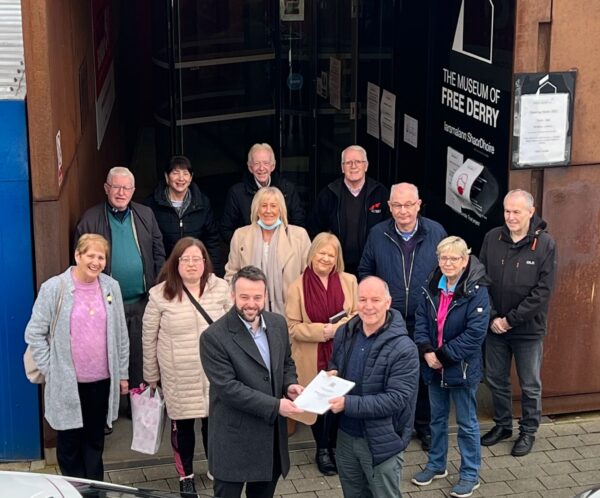 TO mark the beginning of a week of events commemorating the 50th Anniversary of Bloody Sunday, SDLP Leader Colum Eastwood has met with the Bloody Sunday families and the Museum of Free Derry, presenting the Museum with a copy of the official Parliamentary Hansard in which Soldier F was named.

Speaking after meeting with Bloody Sunday families on Friday, the Foyle MP: “Every anniversary of Bloody Sunday is a very raw and emotional time in Derry.

“Even after 50 years, the collective grief of that time that we all share still shapes our city.

“Everyone in Derry knows what happened on Bloody Sunday.

“Men and boys were murdered in their own town by the British Army as they marched for civil rights.

“Every year, we honour their memory and support their families’ fight for truth and justice. A struggle that we must never stop.

“I was honoured to present the Museum of Free Derry with a copy of the Official Hansard which named ‘Soldier F.

“I hope that it can serve to educate, inform and play a part in the history of the struggle for truth and justice.

“I want to congratulate the Bloody Sunday Trust for their tremendous effort in this year’s events, it is an important moment for our city and they have again stepped up for people in Derry.”