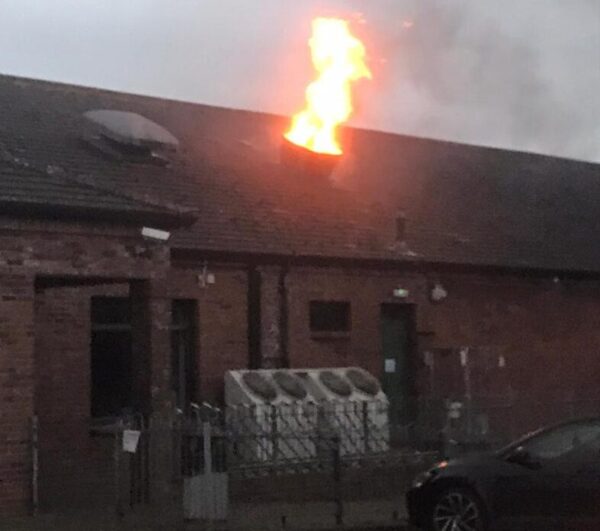 Link 48 Bar & Restaurant which is situated on Alder Road went on fire on Tuesday afternoon.

The NI Fire & Rescue Service said they were called to an incident at Foyle Golf Centre around 4.12pm where a fire was reported at the Link 48 restaurant.

Four appliances attended, two from Northland Road and two from Strabane with around 30 personnel involved in tackling the blaze.

NIFRS group commander Johnathan Tate said it appeared the incident was an “accidental fire caused by a chip pan”.

It is the second restaurant fire in the city in the space of 24 hours.

In the early hours of Monday morning, fire crews were called to Fitzroy’s Bistro in the city centre on Monday.

The owners said they were “devastated” that their restaurant had been gutted in the blaze in the mouth of Christmas.