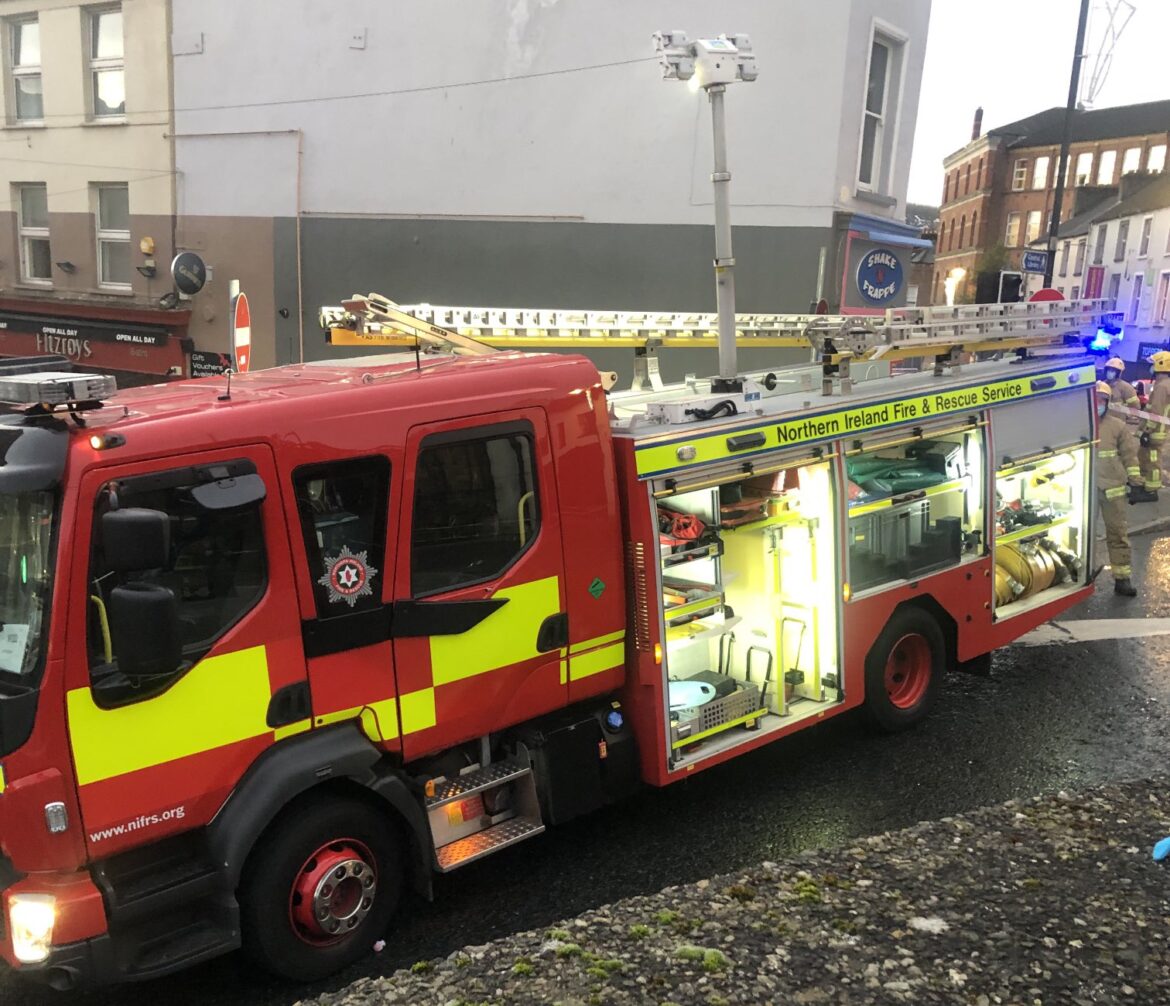 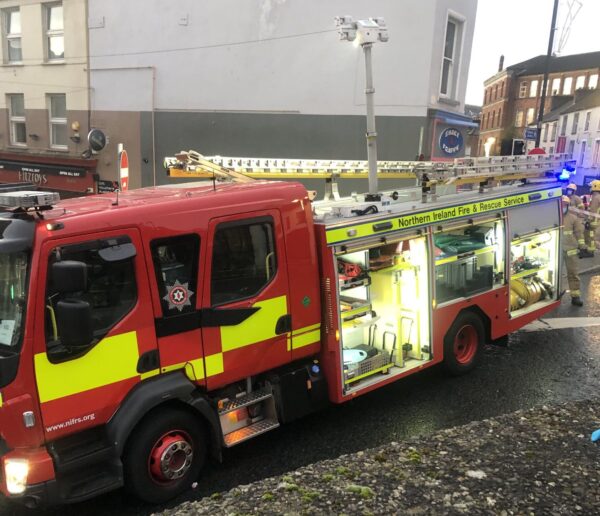 Fire crews at scene of blaze this morning in Bridge Street

FIRE crews have helped put out a blaze which broke out this morning in Derry.

Police said earlier tthe Bridge Street and Orchard Street areas of the city was closed due to a building on fire in the area.

In an update, Derry’s City Centre Initiative: “Following this morning’s incident Bridge Street has now been reopened and all traffic is flowing as normal.”

The fire broke out at Fitzroy’s Bistro and is believed to have broken out in a storeroom.

The bistro has been extensively damaged and a devastating blow to its owners in the run up to Christmas after being closed for so long during the pandemic.

A number of neighbouring buildings have suffered smoke damage as a result of the fire.