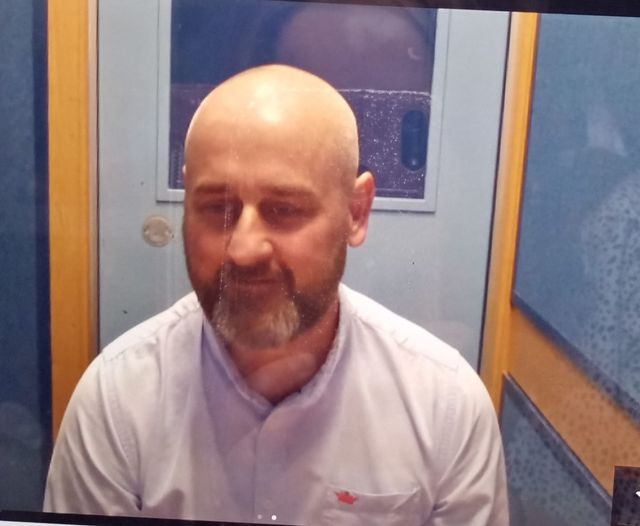 A DERRY republican charged over a covert MI5 bugging operation has been freed on bail.

McDaid, 51, of Magowan Park, Creggan, is the first of ten people charged over the MI5 bugging operation to secure his release from custody.

All others to date have been refused bail by the courts.

McDaid had previouly been out on compassionate bail to attend his late father’s funeral.

During the compassionate bail release, Raymond McCartney was ordered by the court to collect his cousin from the top security Maghaberry prison, be with him at all times during the funeral, and return him to custoday after the funeral.

McDaid and nine others – including a Palestinian doctor and two women – were arrested in August 2020 as part of Operation Arbacia.

This was a joint operation between MI5 and the PSNI’s Terrorism Investigation Unit into the activities of the New IRA leadership.

Two men were allegedly recorded addressing the meeting as leaders of the terror group: Davy Jordan said he was the “Chairman of the IRA’ while Kevin Barry Murphy told those assembled that he was the IRA’s ‘Chief of Staff’.

During a High Court bail application today in Belfast, a senior judge decided to release McDaid on bail after the Derry man told the hearing: “I don’t advocate violence. I don’t say that violence is a way forward.””

The surety is to be lodged with the court office before McDaid is freed.

The judge highlighted the potential repercussions of a bail violation.

He told Mr McCartney: “If anything goes wrong here, it’s reputationally damaging to the party you have been a prominent member of over a long period of time.”

Following McDaid’s declaration, the judge ruled: “I’m minded to grant bail on the basis that I interpret what Mr McDaid has said as a disavowal of the use of violence for political ends, achieving political change.”

Strict conditions of his release include a ban on contacting any co-accused or attending dissident republican events.

The judge warned Mr McDaid that any breach will have dramatic consequences.

He added: “It will also have significant repercussions for Mr McCartney, and it will also impact upon the reputation of the party Mr McCartney has been a member of and served for a considerable period of time, including as an MLA and as a prominent member of the justice committee at Stormont.”

McDaid is charged with with membership of a proscribed organisation, directing terrorism and preparatory acts of terrorism.

All ten defendants are expected to stand trial at Belfast Crown Court in late 2022.