Organised by the Hastings Hotel group and McComb’s Coach Travel, the weekly tours will include a bus trip to Derry and visits to some of the scenes used in the Channel 4 sitcom.

McGee announced last month that season three of the show, to be broadcast next year, would be the final series.

It follows the five friends as they navigate the Troubles in Derry in the 1990s.

Series one and two show took the girls and James through life at a local girls’ school, culminating in the 1995 visit to Derry by President Bill Clinton.

Filming for the final season got underway this month. 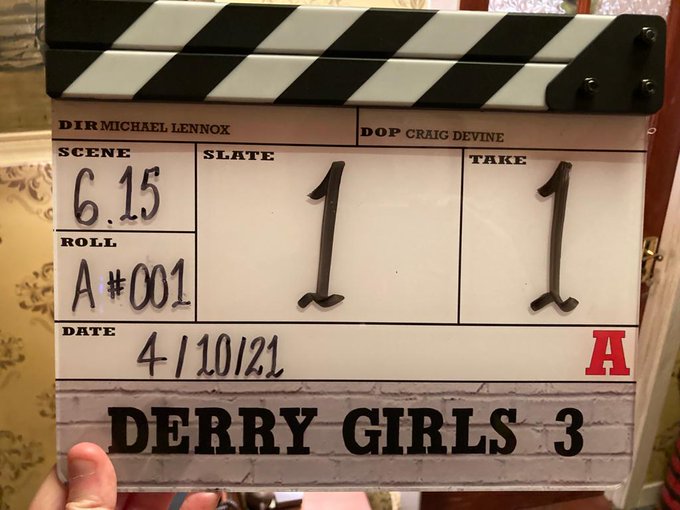 Writer Lisa McGee tweeted on Monday: “We’ve come a long long way together. Let’s do this one last time!!!”

The show has already sparked a new tourist industry in the city with visitors anxious to see the places featured and to have their photographs taken in front of a huge mural.

Julie Hastings of Hastings Hotels’ group said the tours from Belfast would give fans an opportunity to be a Derry Girl for the day.

“They will be able to visit some of the most famous filming locations and enjoy afternoon tea that has been inspired by the show, including sausage roll baps, fresh cream horns, a cone of chips and Tayto cheese and onion sarnies,” Ms Hastings said.

The tours, leaving from the Europa Hotel in Belfast, will start from Saturday, November 6.