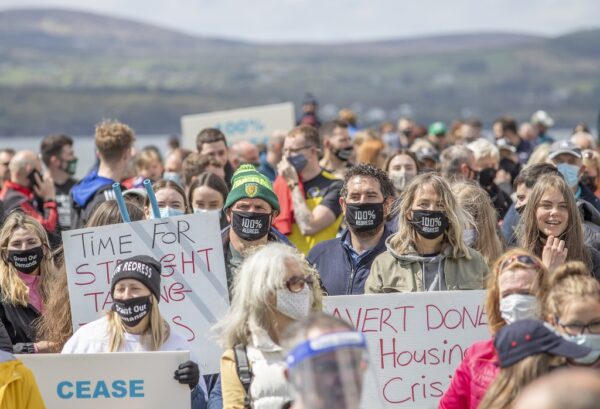 SINN Féin is to urge Derry City and Strabane District Council to give its full support to Donegal families affected by the Mica/Pyrite scandal, the party’s Council group leader Sandra Duffy has said.

“My motion will call for the council to offer its full support to those devastated families fighting for recognition and 100 percent redress to enable them to repair or rebuild their crumbling homes.

“It will also ask the council to again write to the housing minister, Darragh O’Brien, outlining our support for the campaign and demanding that full redress is provided to all those affected by this scandal.

“Importantly, the motion further expresses concern on behalf of citizens of this council area who may be affected but excluded from any form of redress.

“I want to say that the dignity and determination of the Mica campaigners has been inspiring.

“We will also be taking this opportunity to invite representatives of the campaign group to present to a relevant committee to update us on its progress and next steps.”