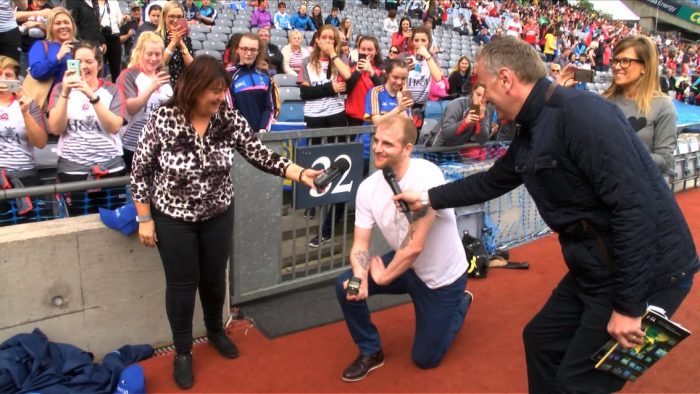 WILL YOU MARRY ME? Ryan McCloskey down on one knee at Croke Park asking for girlfriend Ciara McGurk to marry him

A DERRY Gaelic footballer who got engaged in front of thousands of fans at Croke Park in 2017 will finally marry her fiance in December after their wedding had to be postponed due to Covid.

Ms McGurk said her boyfriend Ryan McCloskey’s proposal, in front of MC Dáithí Ó Sé and 46,286 spectators, was a memorable one.

“Ryan thought if we lost it would be a great pick-me-up. If we won it would be a bigger celebration but he didn’t take a draw into consideration,” she said.

She added: “It’s a great memory.

“When you think back to the All-Ireland final, I still have that to look back on. I still had a great outcome on the day.” 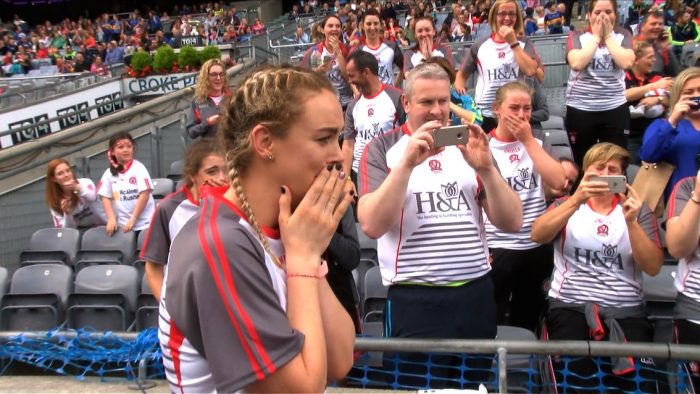 As well as preparing for her wedding on December 10, Ciara, a mother of two, is continuing to play for Derry, coach underage girls’ teams and Sean Dolan GAC’s men’s team, and has started a nursing degree at Ulster University Magee.

Ms McGurk said although some family in the US and Australia will not be able to attend the wedding, due to Covid restrictions, the couple are still looking forward to their big day.

“No matter what, we want to get married,” she said.

“It’s about me and Ryan. No matter, we will be getting married this year. 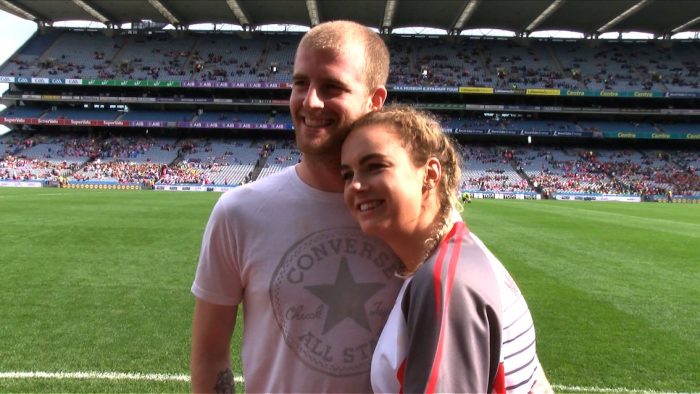