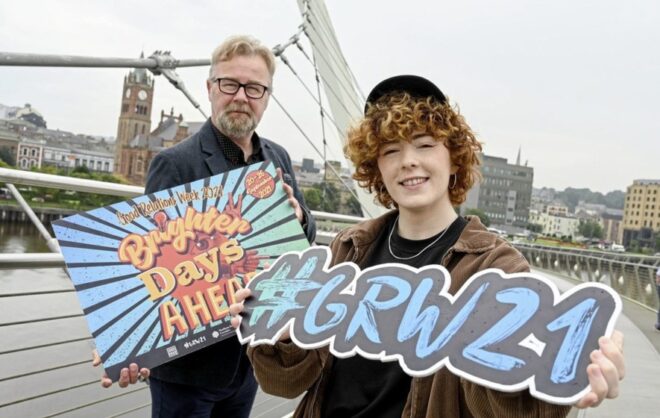 DERRY singer/songwriter ROE has penned a new track to be used as part of this year’s Good Relations Week events to promote peace building and cultural diversity.

The artist, real name Roisin Donald, has been appointed ambassador for Good Relations Week 2021, for which she will pen a unique piece of music based on her interpretation of the event’s theme of Brighter Days Ahead.

The 22-year-old has been calling on young people to make their voices heard with her when the event takes place from today for the next week.

“When I was approached to become ambassador for Good Relations Week, I immediately wanted to do it,” Roe says.

“It’s a role that allows me to advocate better things for our young people, especially around mental health, which is something I write about a lot, making this role right up my street.”

Good Relations Week is a signature celebration of the Community Relations Council (CRC).

It provides a platform for the CRC and its 300 grant-supported groups and organisations, as well as statutory bodies and the 11 local councils, to showcase positive good relations projects.

Running from Monday to Sunday with a programme of face-to-face events, alongside an online offering of virtual events and content, Good Relations Week is the largest showcase of cross-community and multi-cultural arts, history, music and discussion on the island of Ireland.

It’s apt that the event’s theme is Brighter Days Ahead given the emotional fallout of the pandemic over the past 18 months on youths, Roe stresses.

A paper published by the NI Assembly recently, said the “increased mental health burden associated with the Covid-19 pandemic is likely to be profound and felt for many years”. 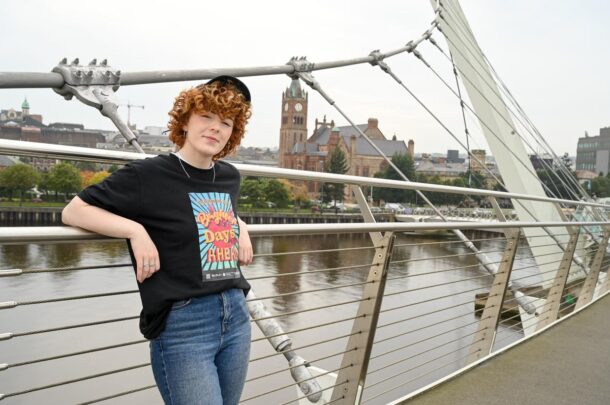 The singer explains: “The pandemic has 100 per cent impacted our mental health. Schools were closed and we were forced to isolate and even when we did step outside there was and still is a risk. That takes its toll, not just on young people but everyone.

“I look at how much our lives have been impacted, I look at my brother who started university during the pandemic and lost out on that experience of meeting people, freshers’ week, classroom teaching and it’s a chunk of our lives gone.

“Good Relations Week is about discussing that and everything else that impacts our young people including sectarianism, racism, cultural diversity, isolation, education and the environment.

“The event will break down barriers and act as a catalyst for meaningful change and I would urge young people to be part of it.

“Your voice is being heard, you have a message to get out and young people get stood on when it comes to their opinions so let’s use the opportunity to be heard.”

As a singer Roe has missed the thrill of live shows for over 18 months and has really thrived off the buzz of playing in front of in-person audiences once again.

“Everything I did was online during the pandemic and that’s just not the same as a real live audience. It has been a bit disappointing too that my industry, live arts, has had wishy washy information and a lack of clarity.

“I think it’s really important now to get venues open so young people can get out and mix and I’m not talking about licensed venues, I’m talking places where young people who are not 18 can socialise in the evenings because really, there’s not a lot out there to do when you’re a certain age.

“I think one of the main focuses should be bringing young people together in safe environments so they can get back to some sort of life that they were used to.”

In recent weeks her single Cruel was chosen as BBC Introducing’s Track of the Week seeing her join the BBC Radio 1 playlist for the first time ever and her 2020 EP, Things We Don’t Talk About enjoyed one million streams.

Pre pandemic she enjoyed a coveted slot on the BBC Introducing Stage at Glastonbury in 2017, and she’s also backed local legends Snow Patrol on their 2018/19 UK Arena Tour.

“They’re such sweethearts and real supporters of the local music scene and it’s great to have their support because it really puts Ireland out there as a real competitor in the world of music,” she tells us.

Roe’s new material, scripted especially for Good Relations Week, will harvest her signature “chill sound” and, she explains, will send out a message that there are “Brighter Days Ahead and even though you might not feel so good right now, there is always something better ahead. It’s about keeping your head up and having a brighter mentality.” 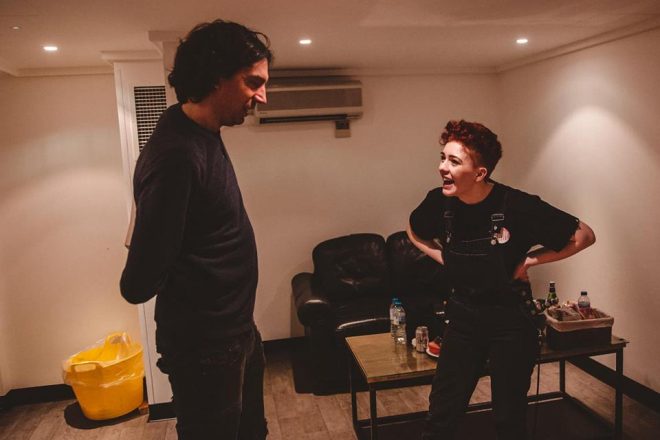 “It’s a massive exposure for me and it’s so cool to be writing towards something that is going to shine a light on the issues facing us today and if my song makes people think twice about how they’re feeling or acting, then I will be happy.”

Roe is also penning an album which is due for release some time in 2022.

And having had some of her tracks played on the backdrop of TV shows like Made in Chelsea and The Only Way is Essex as well as Netflix series Terrace House, she admits more soundtracks would be welcome.

“It’s really cool to have your song played alongside something you watch and it’s cool that viewers hear your music.

“We’re massive fans of Netflix in our house.”

For more information on the Good Relations Week 2021 programme of events visit: www.goodrelationsweek.com