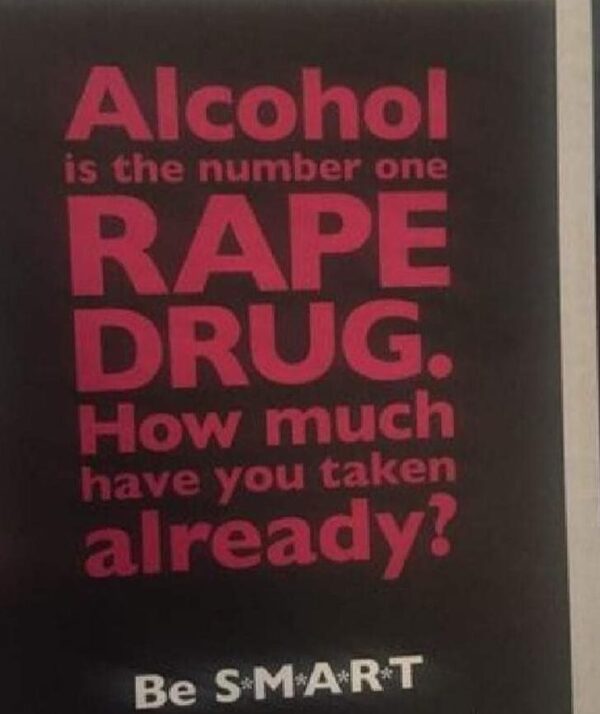 Leaflet distributed ‘in error’ by police officers in Derry

THE PSNI has confirmed that its officers were responsible for sharing leaflets in Derry which linked rape to a victim’s alcohol intake.

Police said leaflets were distributed to students “in error”.

The leaflets said: “Alcohol is the number one rape drug. How much have you taken already?”

They have been criticised for suggesting rape victims are responsible for being attacked.

In February 2020, the PSNI apologised when the same leaflets were distributed in Belfast.

But an internal investigation was launched when they were given to students at Ulster University’s Magee Campus in Derry last week.

The PSNI said the material “does not reflect, in any way, how the Police Service of Northern Ireland views or treats victims of sexual crime.”

A spokesperson said: “Enquiries have since been made as to how they came into circulation again and we have identified the source of these leaflets as having been shared by officers in error.

“Clear internal messaging has now been circulated across the entire service to ensure that any remaining flyers are destroyed.”

Karen Sweeney, from the Rape Crisis Network, welcomed the PSNI’s apology, but questioned how the leaflets were circulated again.

“Assurances were given almost two years ago now that they were going to be taken out of circulation and destroyed,” Ms Sweeney told BBC Radio Foyle on Monday.

“How they’ve resurfaced at the Magee campus is very unfortunate.

“They [the PSNI] have apologised now and I hope they do follow through in ensuring these leaflets are destroyed because they highlight victim-blaming and rape myths that are perpetuated across society”.

Ms Sweeney said the materials were “extremely damaging for anyone who has experienced sexual violence or rape because they are not to blame”.

Det Supt Eamonn Corrigan of the PSNI’s Public Protection Branch said: “We want to issue a sincere apology for any offence or hurt caused by this error.

“I want to take this opportunity to say that if you are a victim of a sexual crime and that if you choose to speak to us, you will be listened to, respected and treated sensitively.

“The only people who are responsible for rape are rapists. Your report will be thoroughly investigated and you will be signposted to support services.

“As a police service, it is our job to keep you safe, to investigate allegations of crime and bring offenders before the courts.”