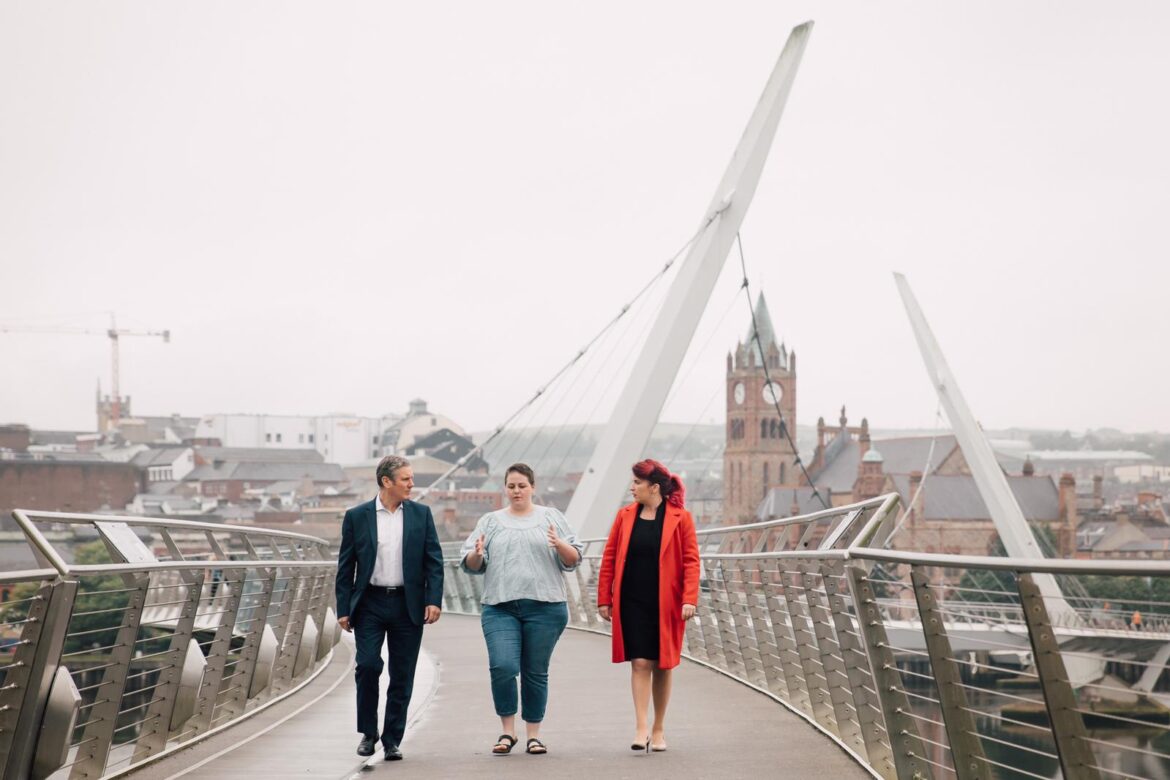 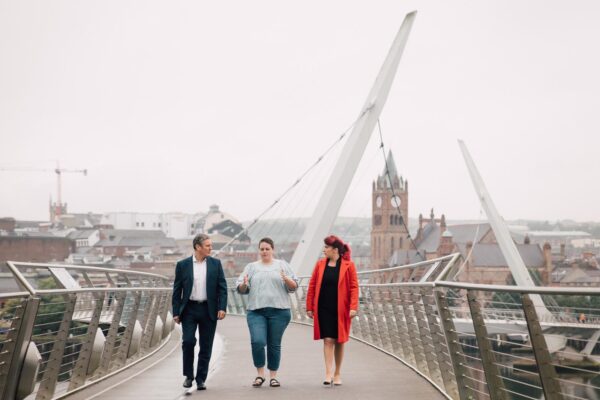 Journalist Lyra McKee was murdered in April 2019 by a teenage New IRA gunman.

The Labour leader heard from Sara Canning about the long campaign for justice for Lyra during a meeting at the Guildhall.

The group discussed Lyra’s commitment to diversity and equality, her legacy and the huge work still to do to deliver on the promise of peace for a younger generation.

The visit to Derry came on the second day of a two-day visit to the North of Ireland by Starmer and Haigh.

The pair held meetings at Stormont yesterday with the leaderships of all five parties here.

Other engagements included a visit to WAVE Trauma Centre to meet with victims and survivors of the Troubles, to an integrated primary school in Belfast and to the Headquarters of the Police Service of Northern Ireland to meet senior police officers.

Speaking in Derry Sir Keir Starmer said: “Lyra McKee was the very best of Northern Ireland. She dreamt of a future of equality and reconciliation.

“Lyra’s partner, Sara Canning has fought a determined campaign for justice. Her determination to build on Lyra’s legacy, and to build a lasting peace, is humbling and demands all our support.

“I was honoured to cross the Peace Bridge, a symbol of reconciliation between two communities, with Sara.”

Shadow Secretary of State for Northern Ireland, Louise Haigh, said: “Lyra McKee is an inspiration to me and so many across these islands and around the world.

“She was a tolerant, progressive voice for change.

“It was such an honour to walk across the Peace Bridge with Lyra’s partner, Sara Canning.

“Out of terrible grief and trauma, she is building on Lyra’s remarkable legacy and continues to show incredible courage in speaking out.

“The work to build on the promise of peace depends on all of us standing squarely alongside those like Sara.”