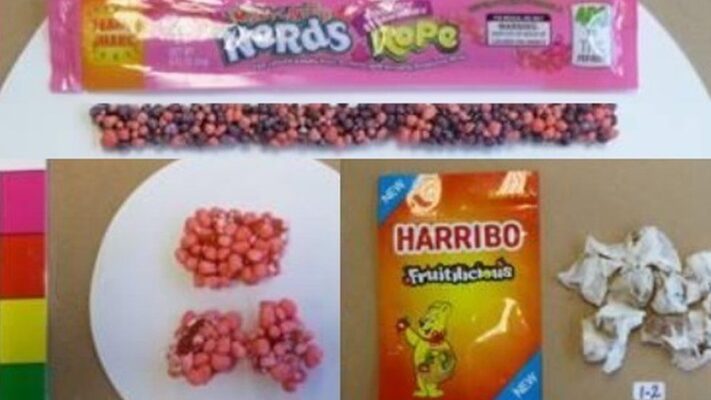 SCHOOLS in the North of Ireland have been asked to warn parents and staff about pupils eating cannabis oil disguised as sweets.

The Department of Education (DE) said a young child had to be assessed in hospital after they “inadvertently consumed cannabis” when eating the sweets.

The warning came in a letter to all school principals from DE.

It said children could suffer hallucinations, nausea or vomiting if they ate the sweets.

The department said it was writing to schools after receiving a warning from the Public Health Agency (PHA).

“They are aware of products that look like familiar sweet products with colourful packets, familiar cartoon images and which are appealing to children, but that in fact contain cannabis extract, or THC (the main psychoactive ingredient in cannabis),” the letter said.

“A young child assessed in hospital had inadvertently consumed cannabis after finding what they believed to be a packet of sweets on the ground.

“While on closer inspection the sweet packet is labelled as containing THC, to all other purposes they look like a common brand of sweets which are marketed for children.

“The effects of THC (Tetrahydrocannabinol) involves the central nervous and cardiovascular systems,” the DE letter continued.

“In adults the effects are generally mild and short-lived but ingestion rather than inhalation is associated with longer lasting effects.”

But the department said that as children often had a smaller body mass than adults the effects “may be more profound”.

These could include loss of coordination, hallucinations, nausea or vomiting, lethargy, collapse or loss of consciousness. 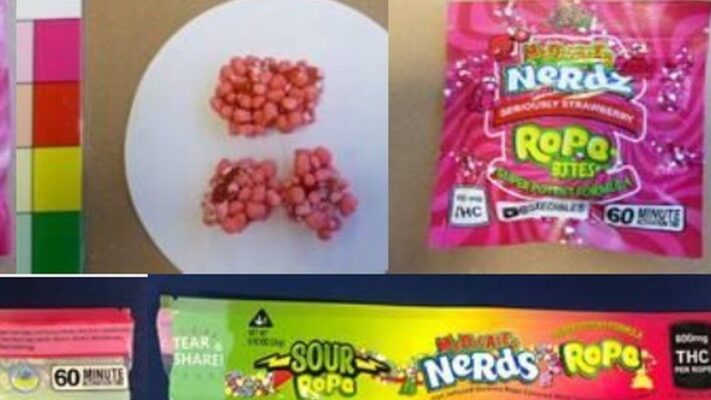 The DE letter included pictures of some seized products which looked like sweets but actually contained THC.

Some had names that were slight variations on names of existing popular sweet brands.

School staff were asked to contact the PSNI or PHA if they became aware of children with the products.

Some post-primary schools in the North of Ireland recently had to warn pupils of the dangers of vaping after some inadvertently consumed the synthetic drug spice as a result.