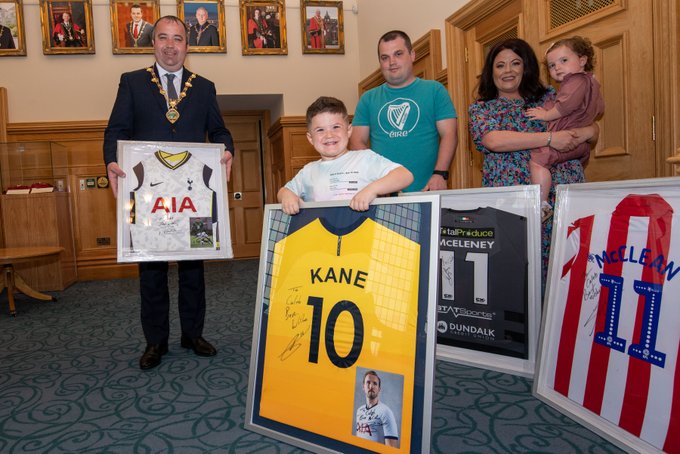 A BRAVE young Derry boy has been showing off the signed jerseys he has received from his football heroes.

To cheer him up, Caleb’s dad contacted some football stars asking them to send his son a special message.

Some of the players also sent Caleb a signed jersey.

Caleb visited the Guildhall this week to show off his jerseys to Mayor Brian Tierney.

The Mayor is pictured above with Caleb and members of his family.

Mayor Tierney said: “I was delighted to welcome one of the bravest young men I have ever met to the Parlour this week

“It Was great to meet with his family and learn more about their journey.”