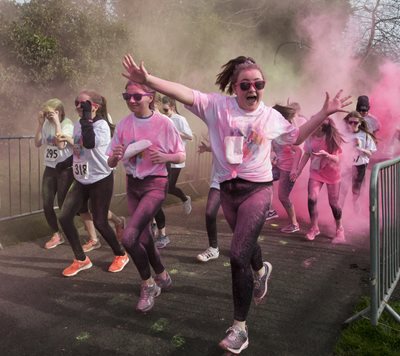 AN online conference this week has celebrated the successful conclusion of Derry City and Strabane District Council’s PEACE IV Programme.

Since its launch in June 2017, Council’s PEACE IV Programme has funded over 65 local cross-community reconciliation projects, engaging in a sustained way with around 7000 local people.

The £6.7 million was spread across three themes – Children and Young People, Shared Spaces and Services and Building Positive Relations – and has successfully seen diverse people and communities working together to promote understanding, respect and peace building.

The PEACE IV Programme is supported by the European Union, managed by the Special EU Programmes Body (SEUPB). Match-funding has been provided by the Executive Office in Northern Ireland and the Department of Rural and Community Development in Ireland.

Reflecting on the programme, Mayor of Derry City and Strabane District, Councillor Brian Tierney, praised the partnership work that he said had been key to its success.

“Delivering a project of such a scale throughout a pandemic, and successfully reaching all its original goals is a significant achievement for our local area,” he acknowledged.

“I’d like to pay tribute to all those community workers who worked so hard adapting delivery to online and socially distanced methods, and to the PEACE IV Board and staff whose commitment was integral to reaching this point.

“There is no doubt that the PEACE IV programme has had a positive impact across the entire City and District and we look forward to having the opportunity to progress that work further through EU funding under the PEACE Plus programme.”

An independent evaluation of the Council’s PEACE IV programme found that, of nearly 3000 responses from participants, between 80-90% felt that as a result of taking part, they had a better understanding of their own and others’ culture and heritage.

They were more positive about cross-community and cross-border work, felt more involved in local community life and were more confident about speaking up or acting to stop racism or sectarianism.

Nearly all participants said that being part of projects had made them more respectful of different cultures being celebrated.

In tackling segregation, the programme aimed to take people beyond their comfort zones and into new places.

84% of participants reported that by the end of their project they were more confident to go to venues, places or communities they had never previously visited.

Referencing the Children and Young People’s Theme, Alison Wallace, Chair of the PEACE IV Board, explained that over 2200 young people had engaged.

“Residents are delighted with the two capital projects, a Walled Garden in St. Columb’s Park and work at Castle
Park in Castlederg.

The Building Positive Relations theme was equally vibrant, reaching around 2000 people across 15 projects and 18 small grants.

“Whether it was through community development, culture and traditions, environment, sport, history and heritage, dialogue, conferences, training, public anti-prejudice campaigns, capacity building, faith, arts and culture or research – communities have engaged in reconciliation through their shared interests.

“I’m particularly pleased at the high level of engagement from minority identities – Black and Minority Ethnic, LGBTQ+, people with disabilities, and diverse faiths.

A series of three videos shown at the final celebration event, remain available for viewing as a legacy on https://www.derrystrabane.com/Peace-IV

On the same webpage, a series of magazines are available to read which capture stories from individual projects and the full independent evaluation will be available.