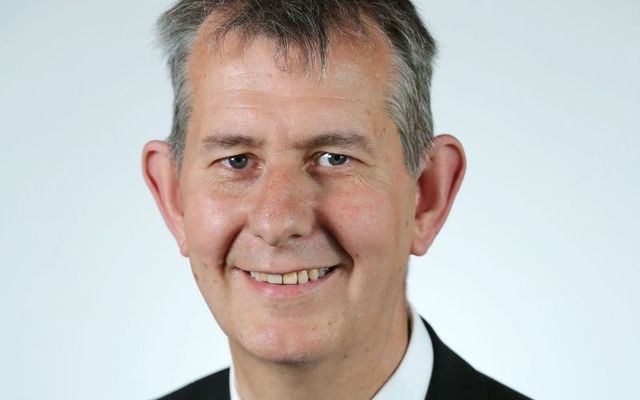 EDWIN Poots has been elected leader of the Democratic Unionist Party.

The Agriculture Minister succeeds Arlene Foster, who steps down as party leader on 28 May and will then leave her role as NI first minister at the end of June.

The 55-year-old beat MP Sir Jeffrey Donaldson to take on the top post in the party.

It is the first time in the party’s 50-year history that a leadership contest has taken place.

Speaking after becoming the new DUP leader, Mr Poots said it was “an immense honour” to be chosen for the role and makes reference to Northern Ireland’s centenary in his acceptance speech.

“I am looking forward to a positive relationship right across Northern Ireland and with my party colleagues and indeed with people from other parties,” he said in his victory speech.

“The opportunities for us to make Northern Ireland a great place after this hundred years has passed and we move into a new hundred years are immense.”

He said he wanted to see “unionism working together”, particularly to deal with the “challenges” posed by the Brexit deal and the Northern Ireland Protocol.

“The protocol is a massive challenge for us.”

The Lagan Valley MLA said he does not want to “have the unionist bickering that we have had in the past”.

This, Mr Poots said, would help “set the foundations in this 2021 for another hundred years of Northern Ireland within the United Kingdom”.