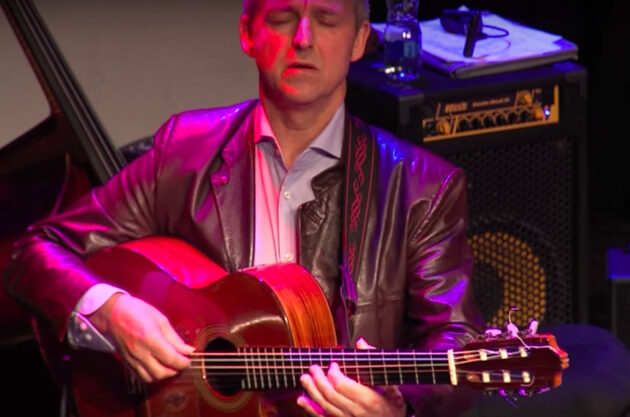 Mike Nielson, will perform as part of NWRC’s masterclasses for the City of Derry Jazz and Big Band Festival.

NORTH West Regional College’s (NWRC), department of Music and Performing Arts (MAPA) are hosting a series of FREE online masterclasses, workshops and concerts as part of the 2021 City of Derry Jazz and Big Band Festival.

The events will include performances from well-known artists in the world of Jazz music, as well as a musical showcase from the college’s current music students.

Music Lecturer and course coordinator at NWRC Marc Geagan said: “MAPA are delighted to partner with Derry and Strabane District Council for the Jazz and Big Band Festival.

2021 is an important year for MAPA at NWRC as it marks the introduction of our Jazz Education programme and we are delighted to welcome well-known artists to engage with music students and explore the intricate world of Jazz.

“These artists will also perform a series of mini-concerts alongside the Jazz-influenced covers that the MAPA students are presenting.”

The musicians taking part are Mike Nielsen who has been described as the perhaps the most truly original voice in Irish Jazz by the Sunday Tribune; Richard Nelson, one of the most sought-after sessions musicians on the Irish music scene; and musician, producer, recording, mix and mastering engineer Philip Begley

As part of this year’s festival music students from MAPA will be performing a series of cover tunes that have been adapted to a jazz setting.

You can expect to hear songs from a diverse mix of influences including Radiohead, Nina Simone, Motown artists, Peter Gabriel plus loads more.

Tickets for this FREE virtual event are available at:
https://www.eventbrite.co.uk/e/mapa-music-showcase-for-derry-jazz-festival-tickets-151441408329