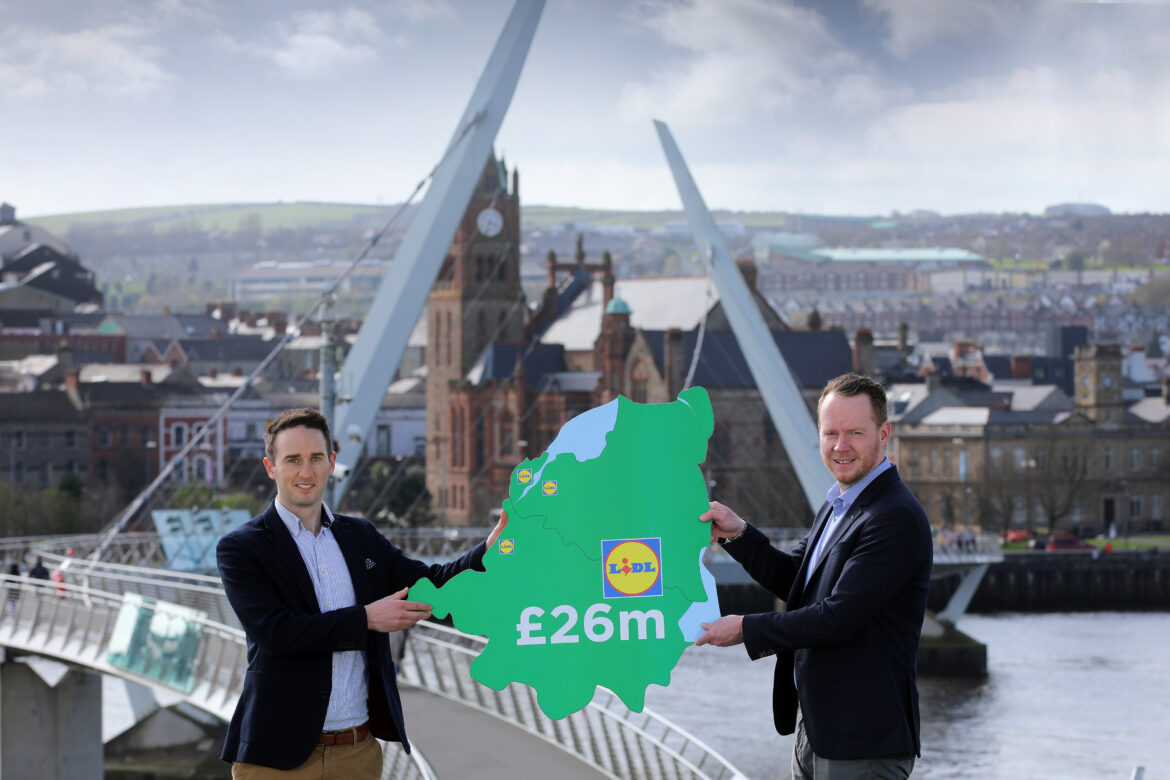 Every Lidl helps with jobs boost for Derry 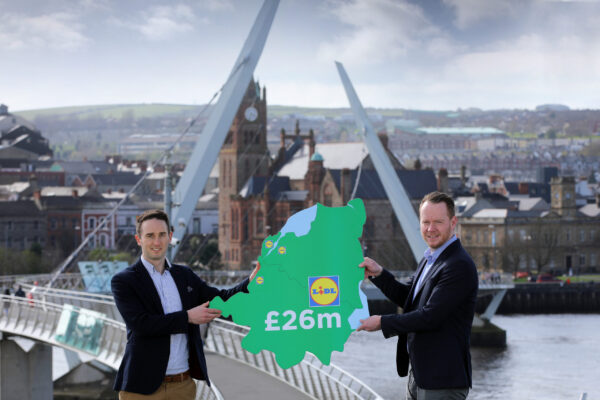 THE North West is on track for an investment of more than £26 million and the support of at least 655 new jobs after Lidl NI confirmed it is progressing the construction of three new stores in Derry and Strabane.

The new stores will create more than 55 new permanent retail jobs with the retailer and support up to 600 more jobs during construction phases over the next three years.

Derry City and Strabane District Council has received plans for a new 2,080 sq. metre store at Crescent Link Retail Park, paving the way for a local investment of £8 million and the creation of at least 35 new in-store jobs.

Subject to final planning approval, construction is expected to commence in the coming months, with store opening expected by the end of 2021.

Planning approval was also granted in July last year to invest a further £8 million in building a new 2,217 sq. metre store at the junction of the city’s Buncrana Road and Springtown Road as part of a new, enhanced development and a relocation from its current base at 24 Buncrana Road.

The project will create 10 new local jobs in the community when it opens in June 2021.

Construction is already underway, and a lane closure is currently in place on the Buncrana Road until May 10 to facilitate works.

Meanwhile, plans have been submitted for a new 2,300 sq. metre store in Strabane Shopping Park to replace Lidl Northern Ireland’s existing store at Bradley Way which was constructed in 2002.

This significantly larger store represents an investment of nearly £10 million and will create 10 additional new retail jobs to bolster its existing 20 strong team. The store is expected to open in 2024.

Lidl Northern Ireland Regional Director, Conor Boyle, said: “As Northern Ireland’s fastest-growing supermarket, we’re delighted to continue moving confidently forward with our long-established investment plans for the North West, bringing new employment opportunities to the local community as well as our fresh, high-quality products and market-leading value to more shoppers in the region for many years to come. We look forward to welcoming our loyal customers and new shoppers to these outstanding new, state-of-the-art stores when completed.”

Economy Minister Diane Dodds was briefed by Lidl Northern Ireland on its new regional plans and ambitions for the future:

“As a key retailer and employer in Northern Ireland, I am delighted to hear of Lidl Northern Ireland’s latest plans to expand its store presence across the region, increase employment and invest in modern, sustainable new stores for the benefit of local communities and the environment.

“Following Lidl Northern Ireland’s announcement in November last year to open five new stores in the Greater Belfast region, it’s fantastic to see this continued momentum expand across the region to the Derry City and Strabane District Council area which continues to be a key economic hub.

“I wish all the team every success on its latest renewed growth and on delivering its plans for the future.”

In addition to the five Greater Belfast stores announced last November, the North West investment will see the retailer expand its presence across the region, with 42 stores open by the end of 2021.

With additional parking, higher ceilings, a more spacious interior layout, enlarged bakery areas and a Lidl To Go coffee machine, the new state-of-the-art stores are designed to offer shoppers an exceptional shopping experience from the moment they enter the car park.

Built with sustainability as a priority, both Derry stores will incorporate a range of environmentally friendly features including an ISO 50001 certified Energy Management System and electric vehicle charger spaces, enabling customers to charge their electric vehicles for free whilst they shop.

“With renewed focus on economic recovery and growth, Lidl Northern Ireland’s latest investment in the region is much-welcomed and it confirms its longstanding commitment to the North West.

“Retail, along with other sectors, remains important to our growth.

“Lidl Northern Ireland’s new plans can only further assist in underlining the area’s attractiveness as a great place to live, to visit and to invest.”