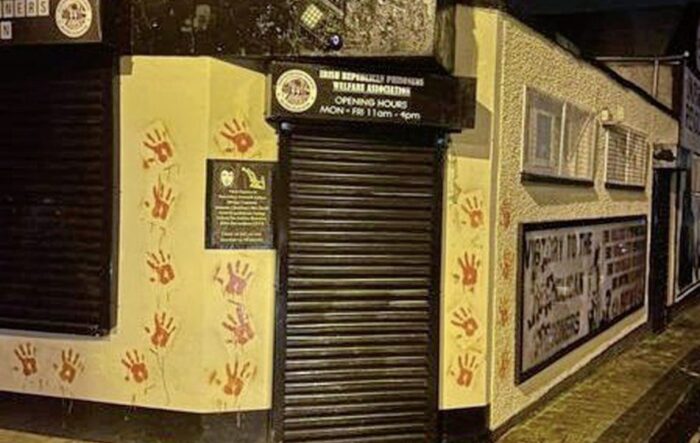 FRIENDS of murdered journalist Lyra McKee have marked the second anniversary of her death by daubing red paint handprints on the headquarters of dissident republican political group, Saoradh.

The extexior walls of Junior McDaid House in Chamberlain Street were covered with red hand prints.

But most of them have now been painted over.

Saoradh is the political wing of the New IRA.

The 29-year-old was shot dead on Thursday, April 18, 2019 while observing a riot at Fanad Drive in Creggan.

The New IRA later claimed responsibility for the murder.

One man, Paul McIntyre (52), has been charged with her murder and also rioting on the same night.

However, police are still trying to gather evidence against the teenage gunman who fired the fatal shot from a handgun which was eventually recovered last June in the city following an extensive search. 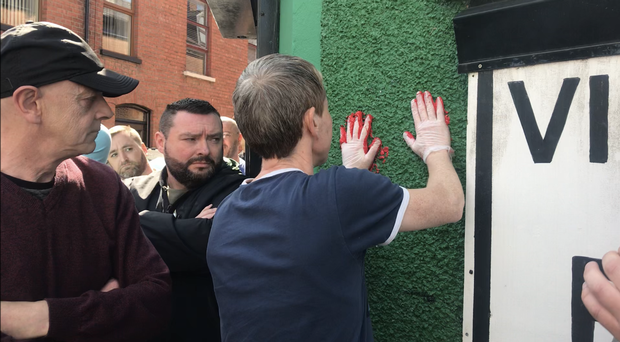 In the days after her brutal murder, some of her friends used red paint to put hand signs on the Saoradh building.

They claimed it symbolised that the group had blood on its hands in relation to Ms McKee’s killing.

Over the weekend, letters from her heartbroken family were delivered to homes in Derry urging anyone with information about her Lyra’s murder to come forward.

The PSNI say the investigation into the author’s murder remains active.

“I would like to thank the community for their incredible response throughout our investigation.

“I want to re-state the commitment of the police service to work with the community as we collectively seek to release communities from the influence of terrorists.”