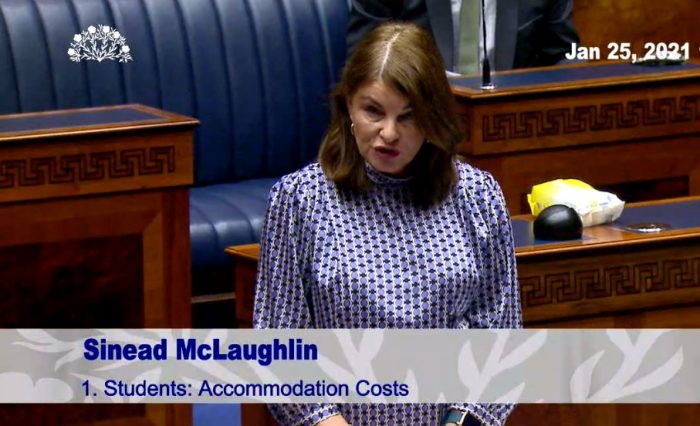 SDLP higher education spokesperson Sinead McLaughlin has expressed shock and anger at the indication from economy minister Diane Dodds that she does not support the commitment in the New Decade New Approach agreement to expanding the Magee campus to 10,000 students.

Said the Foyle MLA: “Expanding the Magee campus in Derry is like pushing a very large, very heavy boulder uphill.

“Minister Dodds has just made that boulder even larger and even heavier.

“New Decade New Approach contained the explicit agreement for the expansion of the Magee campus to 10,000 students.

“Now Minister Dodds is trying to downgrade this to ‘working with the university’ to consider expansion proposals ‘for either its Coleraine or Magee campuses’.

“This is an unacceptable walking away from cross party agreement that enabled New Decade New Approach to be signed and government to resume.

“The SDLP will not relax in its determination to make Derry a full sized university city.

“We will continue to explore and work on options to achieve this, including through ongoing dialogue with the Irish government, which has shown its commitment to university expansion in Derry.”