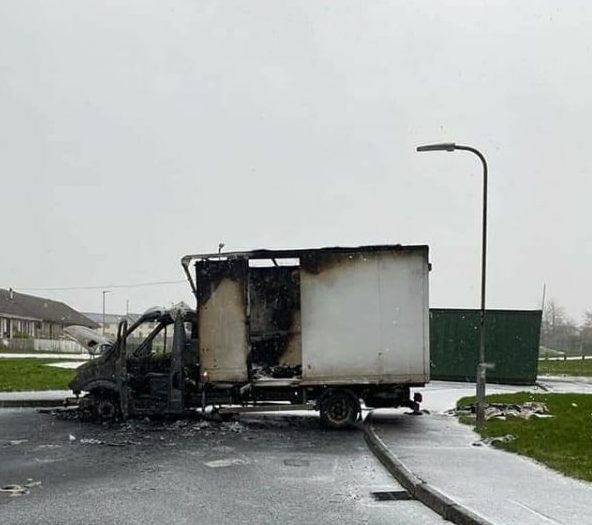 DETECTIVES investigating a hijacking in the Bracken Park area of Derry on Saturday, February 13, have charged a 20 year old man.

He has been charged with a number of offences including hijacking, aggravated vehicle taking and dangerous driving.

He is due to appear at Derry Magistgrates’s today, Monday, February 15 for a first remand hearing.

As is normal procedure all charges are reviewed by the PPS.

Two men, one armed with a knife, stopped the newspaper delivery van early on Saturday morning.

The hijacked Mercedes Sprinter van was later crashed and set on fire.