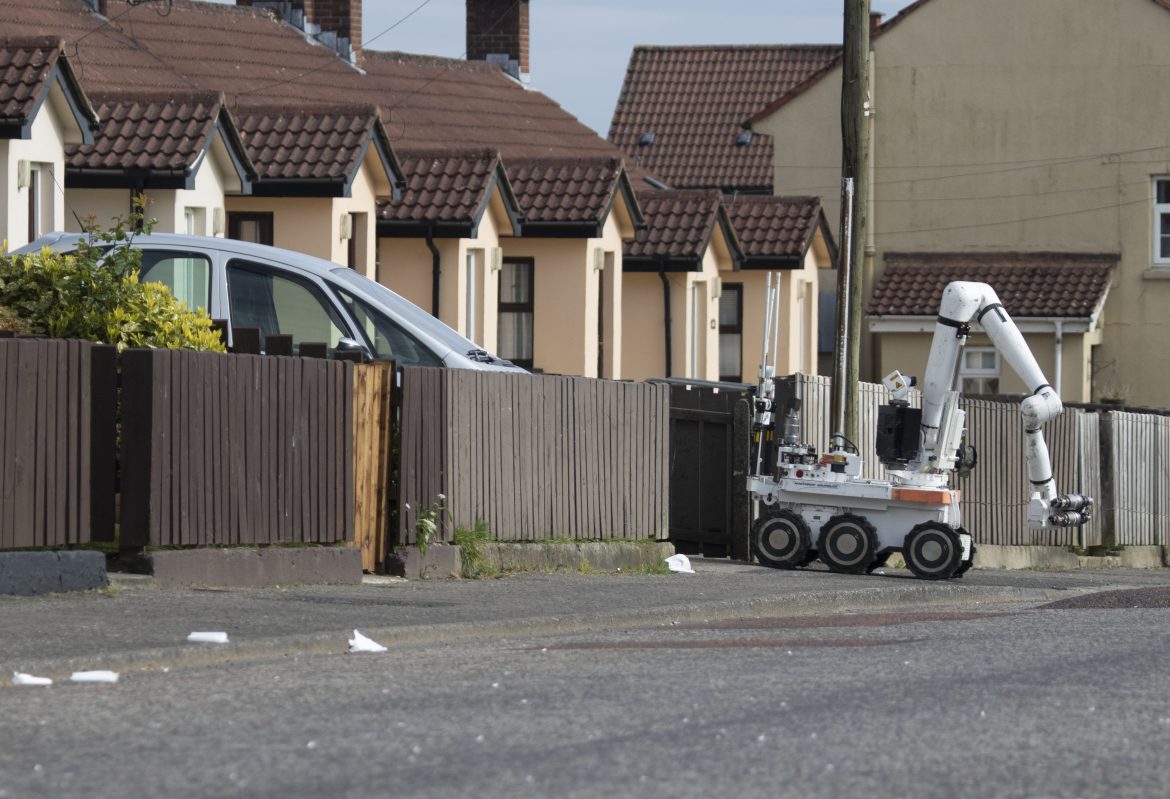 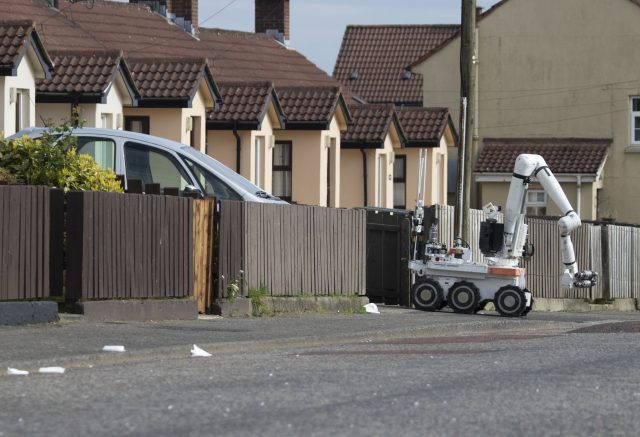 Army robot at security in Inishcairn road on Sunday where a suspect device was found at the homoe of independant councillor Gary Donnelly. (North West/ Nespix/PA)

A man who planted a hoax bomb outside the home of a Derry councillor on Easter Sunday has been sentenced to two and a half years in prison.

One of the devices was left at the home of local independent councillor Gary Donnelly on April 21, 2019.

The other device was left at outside a home in the Ballymagraorty area of Derry on the same date, Derry Crown Court was told on Friday.

Detectives at Strand Road have welcomed the sentencing of McClenaghan on Friday over the hoax alerts.

Detective Sergeant McLaughlin said: “These actions could have potentially killed or maimed and we will continue to work to keep our communities safe from people who would carry out such activities.”

Shortly after 6 am on April 21, information was communicated police and a journalist about the devices having been left outside both homes, the court was told.

He told officers he had left the devices at the front doors of the property and said “I wouldn’t pick them up, so I wouldn’t”.

Widespread disruption was caused in Creggan and in Ballymagroarty as a result.

Around 60 homes were evacuated for more than six hours as the device were examined.

The court was told an expert report found the maker of the devices had knowledge of what they doing but had left out any means to initiate an explosion.

McClenaghan had learned how to construct the devices from the internet.

He had planned to carry out his plan three weeks previously but had lost his nerve, the court heard.

McClenaghan will serve one year in prison and the rest on supervised licence with the Probation Service.