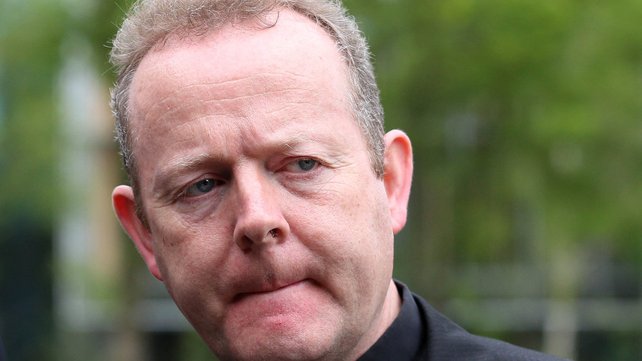 IRELAND’s most senior Catholic cleric has accused Stormont of going back on “assurances” given by ordering the closure of churches from Friday, Novmeber 27.

Archbishop of Armagh Eamon Martin said he “cannot understand how a person may still go to an off-licence to buy alcohol but might not be permitted to visit and sit in quiet solitary prayer in a large church”.

The Catholic primate said “unexpected news” of the two week closure from November 27 was “a great disappointment”, which ran contrary to assurances given to faith groups at a meeting last week at which “we were praised for our attention to safety and public health”.

The archbishop said parishes will support the Executive and health officials but said the church “would prefer to do so in mature partnership and dialogue”.

“We urgently request that the ban on public worship will be for the shortest period possible,” he said.Cat

Archbishop Martin is seeking urgent clarification on whether churches can open for “individual visits and private prayer”, saying after debate during the first lockdown “we were confident that it was understood that Churches are places of sanctuary, calm, and spiritual strength during this crisis”.

He said the restrictions coincide with the beginning of Advent, “a sacred time of preparation for Christmas”.

“In speaking about `saving Christmas’, I urge the Executive to accept that for many people a `meaningful Christmas”’ is about more than shopping, eating and drinking – spiritual preparation is essential.”

Explaining the Executive’s decision yesterday Health Minister Robin Swann said that churches had been included because of recent cases linked to them.

Meanwhile, shops are braced for a busy weekend which will see outlets working hard to keep people safe within coronavirus guidelines for two-metre distance between shoppers and mandatory mask-wearing.

With the Christmas shopping window drastically reduced by the last minute closures the high street is expected to be packed today and tomorrow.

It comes as the Executive could meet this weekend to approve additional support for beleaguered businesses struggling to cope under the latest measures.

Finance Minister Conor Murphy is proposing rolling over into December a grant scheme for traders forced to close.

Sinn Féin has suggested a weekend Executive meeting to approve the extra funding.

Ten more people with Covid-19 have died in the Nort of Ireland in the past 24 hours as statistics show registered deaths from the disease have risen for the sixth week in a row.

According to the NI Statistics and Research Agency (Nisra) the region is experiencing similar numbers of fatalities to those reported in early May.