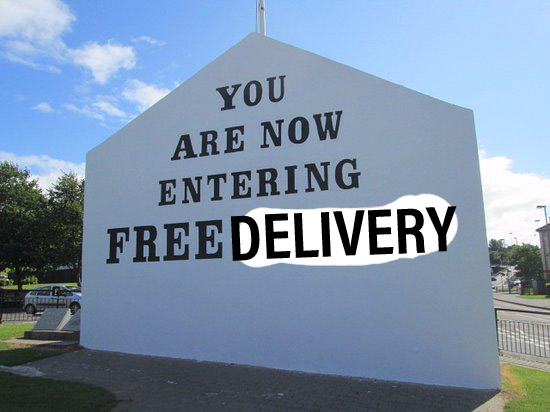 AMAZON has apologised after telling one rugby fan he was not able to watch Saturday’s Autumn Nations Cup games on its service because Northern Ireland is not in the United Kingdom.

The e-commerce giant was the butt of jokes for several hours on Twitter as the episode unfolded.

It began when a Northern Ireland customer tweeted to Amazon’s customer service team stating he was having difficulty accessing the games on Amazon’s streaming service.

A member of the Amazon customer service team replied: “Thank you for that information. We apologize but upon reviewing your location you’re in Northern Ireland.

“Rugby Autumn Nations Cup coverage is exclusively available to Prime members based in the UK. We don’t have the rights to other territories. ^RS”

The error was quickly pointed out as scores of users poked fun at Amazon for apparently ending partition.

Comedian Dara O’Briain said: “Amazon Prime have delivered a United Ireland, and before 6 pm on the same day.”

“We apologise for the error in our colleague’s response.

“Our Prime Video subscribers in Northern Ireland and the rest of the UK can access and watch the Rugby Autumn Nations Cup on Prime Video as part of their subscription,” they tweeted.