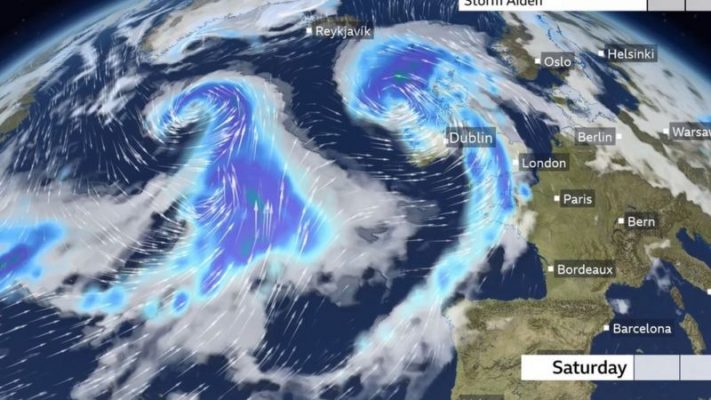 STORM Aiden is set to bring very strong winds and heavy rain across Ireland on Saturday.

Winds will begin to pick up overnight in the North of Ireland, with gusts up to around 45 mph inland.

On Saturday, they are expected to reach between 50-60 mph inland, with higher gusts up to 70 mph due along more exposed coastal areas.

A yellow warning has been issued by the Met Office across Northern Ireland.

In the Republic, the Irish weather service, Met Éireann, has issued a Status Orange warning for 12 coastal counties – that is the second highest level of warning that can be issued.

It is warning of “severe and damaging gusts” up to 80 mph.

A yellow warning for wind has been issued across all other counties in the Republic.

This is the first storm of the season to be named as part of a joint initiative between the Irish, British, and Dutch weather services.

It is the sixth year that names have been used for storms that affect the UK, Republic of Ireland and the Netherlands and they are aimed at raising awareness of severe weather. 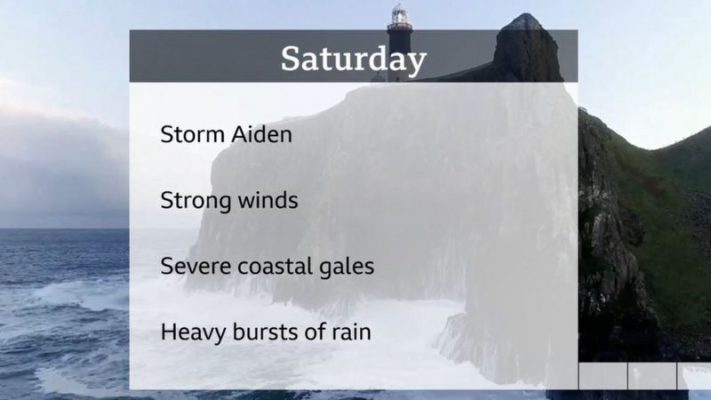 The low pressure system will also bring some persistent and, at times, heavy rain, especially through the first part of Saturday.

On Sunday, another system containing some of the remnants of Hurricane Zeta will arrive.

It will bring a risk of gales along the Irish Sea coast, with gusts inland expected to reach around 50mph, and possibly higher in exposed areas.