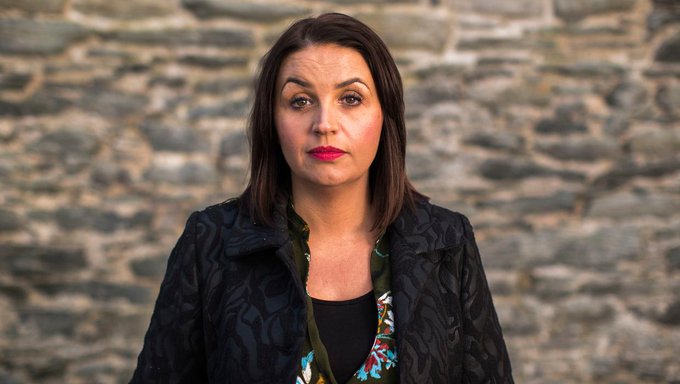 SDLP leader Colum Eastwood sayS Sinn Fein still has questions to answer over why it took months to repay £30,000 in Covid-19 business grants received in error.

Party president Mary Lou McDonald apologised for the delay and accepted the resignations of former Foyle MP and Senator Elisha McCallion and two of the party’s officials.

But Mr Eastwood said it was vital for the public to have confidence that their money was being spent properly.

“The fact that £30,000 of Covid support money was resting in Sinn Fein’s bank accounts since April to this Monday is unacceptable,” said the Foyle MP.

“At the Executive the SDLP will be calling for the Auditor General to be brought in to audit all Covid support schemes.

“Here in Derry, people will be surprised to learn that Elisha McCallion benefitted from this financial assistance for her office.

“Where is that office?

“It appears the address is not publicly available, with her office address on the Oireachtas website listed as Leinster House.

“Did Senator McCallion receive funds for an office that is not accessible to her constituents?

“Whether it’s hundreds of thousands of pounds in public money going to a research company operated by Sinn Féin staff, accepting £4m in the North to avoid donation limits in the South, or this, it’s clear conscience comes second to cash for Sinn Féin.

“This is yet another example of there being one rule for ordinary people across the North and another rule for them.”

Quoting the Deputy First Minister, TUV leader Jim Allister said: “‘Financial scandal, incompetence or waste of public money cannot be tolerated’ – the boast of Michelle O’Neill on the day she took over as Sinn Fein leader in Northern Ireland – sounds a bit hollow now after Sinn Fein let £30,000 of public money rest in their accounts.”

Mrs McCallion apologised “unreservedly” on Thursday afternoon, saying the grant was lodged into a joint account of which she is a named signature with her husband.

“I fully accept that as a named signature on the account that I should have taken extra steps to verify this situation, before it was brought to my attention on Tuesday.”

She said the money was repaid in full on Tuesday.

The former Mayor of Derry lost her seat in 2019 to Colum Eastwood when he took the seat back in a landslide victory.