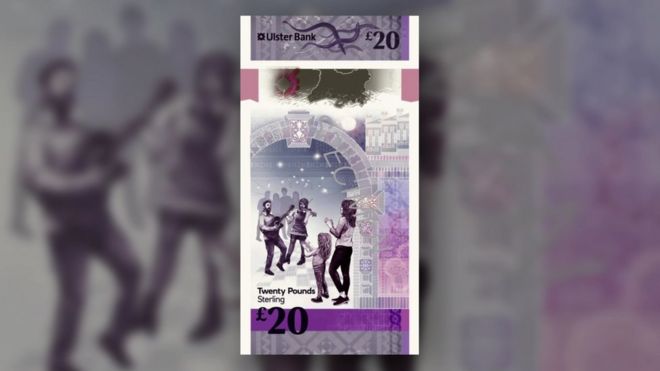 ULSTER Bank has introduced new £20 notes into circulation in the North of Ireland.

The polymer notes last two-and-a-half times longer than traditional notes, and the bank is encouraging customers to exchange their paper notes.

The date for withdrawal of the paper £20 notes is yet to be announced and they can still be used.

The new notes are vertically shaped and their designs were developed by a panel of people from across NI.

Terry Robb, Ulster Bank’s head of personal banking in NI, said it was very important members of the public recognise and have confidence in the new notes.

“Their advanced security features also make it easier for customers to protect themselves from being a victim of fraud,” he said.

“Our research shows that the public do see polymer as more secure than the older notes.”

Other elements are drawn from the ornate decoration found on and in famous public buildings, corporate architecture and domestic homes in Derry, Belfast and other cities. 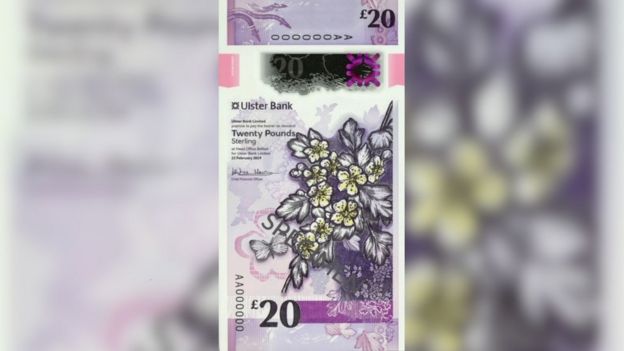 In a nod to Derry’s Halloween celebrations, the note, as a security feature, will display skeletons and a bat when exposed to a UV light.

Ulster Bank said it conducted research into cash usage to coincide with the note entering circulation.

More than 1,000 people were surveyed.

The bank said the sample indicated 87% of people still used bank notes in some form, with two-thirds expecting to still use cash in five years’ time.

“While digital change is happening quickly, and more and more people are moving to digital forms of banking and transactions, the research shows people value bank notes and see a future for them, so we are proud to continue producing bespoke local banknotes,” Mr Robb said.