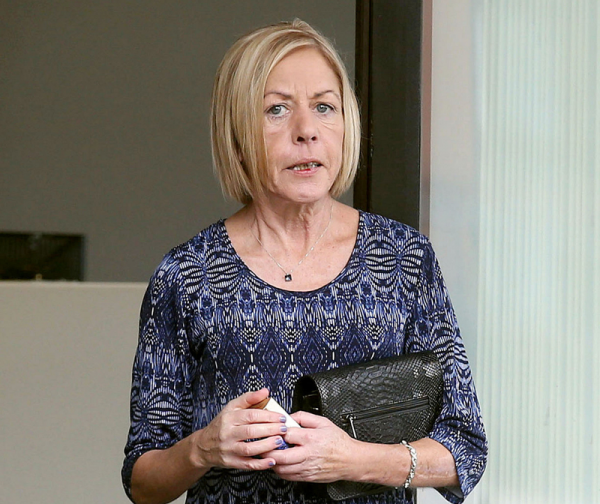 A lottery winner alleged to have sacked an employee after mocking his Catholic religion has lost her appeal against being ordered to pay him £30,000.

Strabane woman Margaret Loughrey, who scooped a £27m jackpot in a Euromillions draw in 2013, mounted a challenge after being found to have discriminated against former general assistant Patrick Breslin.

But the Court of Appeal on Wednesday upheld a Fair Employment Tribunal’s verdict that she subjected the devout Catholic to a “corrosive” campaign of control and humiliation.

Lord Justice Treacy said: “There were many aggravating features in the case which exacerbated its seriousness.”

Ms Loughrey (55) employed Mr Breslin over a three-month period in 2016, initially on an informal basis to attend meetings, carry out administrative duties and general labouring.

Before taking up the job he had been out of work, on benefits and staying in rented accommodation.

He moved into one of Ms Loughrey’s properties, the court heard, and relied on her for somewhere to live when no tenancy agreement was provided.

According to Mr Breslin (35), her attitude changed dramatically after she provided a formal contract of employment.

He claimed on the day he signed off benefits he overheard her saying in a phone conversation, “I’ve got that b****** where I want him now” – an allegation she denied.

In evidence to the tribunal, Mr Breslin said Ms Loughrey let herself into the property while he was at work and moved one of his religious statues.

He testified of his shock at then receiving a text message asking: “Did you like where I left your silly person?”

Further alleged incidents involved Ms Loughrey, accompanied by two female employees, interfering with his statues and personal belongings, taking photographs and sending them to him.

A photograph of a Virgin Mary statue with a cigarette in its arms and a glass of whiskey in front of it.

A photo of a teddy bear lying on top of the Virgin Mary, accompanied by a text message saying, “The puppet you worship is no longer a virgin”.

A photo of a statue of Catholic saint Padre Pio on top of the Virgin Mary.

Mr Breslin claimed that when he asked her not to enter the house again, she shouted: “I pay your f****** wages, not some make-believe puppet.”

He also testified that she complained he was “always running to Mass” and told him he would have to choose between her and God. She berated him because he was male and told him that “all men are b******s”, according to his evidence.

However, Ms Loughrey insisted he had consented to her accessing his home to use the washing machine.

Regarding the treatment of his statues and possessions, she claimed it was “just three girls having a laugh” in harmless incidents Mr Breslin had also found funny.

Her alleged criticism of his frequent church attendance was described as “a bit of banter between friends”.

In June 2016 Mr Breslin was said to have been sacked in a text message which read: “You are f***** Paddy… Get back into the old house, you will need to sign back on.”

He took an employment case against her, claiming she had fired him suddenly and repeatedly ridiculed him for his devout faith, as well as his gender.

In December 2018 the tribunal found Ms Loughrey had discriminated against Mr Breslin on the grounds of his religion and sex.

The panel also held that he had been unfairly dismissed and ordered her to pay him £30,000 for injury to his feelings.

Ms Loughrey appealed the decision, arguing that the award was manifestly excessive.

But Lord Justice Treacy dismissed the challenge after ruling that the tribunal was entitled to reach findings based on Mr Breslin’s consistent and reliable evidence, along with supporting texts and photographs.

Citing conclusions that Ms Loughrey’s behaviour displayed “all the hallmarks of a campaign of control and denigration”, the judge also backed the maximum award of compensation for injury to Mr Breslin’s feelings.