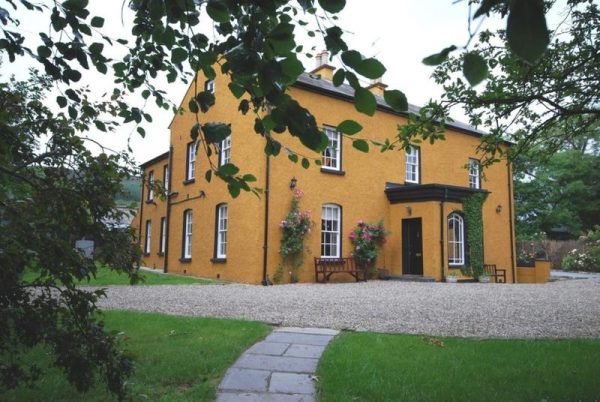 House hunting: Derry lodge steeped in history on the market for £550,000

ONE of the North of Ireland’s most historic homes datin back almost 300 years has gone on the market in Derry.

Aghanloo House in Limavady was originally built as a hunting lodge for the aristocratic Beresford family around 1740.

The listed property at 77 Aghanloo Road has a rich history, having served as a local rectory for a period and also as a school house during the First World War.

Estate agents McAfee say of the property: “A charming detached and well-renowned historic residence built in the Georgian manner circa 1740-1759.

“It is found in a picturesque rural setting at the foot of Benevenagh mountain taking in magnificent views of the Roe Valley towards the Sperrin Mountains, Lough Foyle and the Donegal Hills.

“The House, a B1 Listed Building was originally built by the Beresford Family as a Hunting Lodge and was extended in the late 1700s when the house was transferred to the local Rectory.

“In 1880 a Mr. McLaughlin, being a builders’ merchant reputedly responsible for the construction of the chimney of the Coleraine Distillery, took up residence before he then sold it again to a Mr. Daniels who rented the house out to three sisters called Forsyth who lived in it and used a number of rooms as a school until the First World War.

“The Young Family of Culdaff purchased the house in 1915 and remained in residence until it was sold again in 2004.

“The house itself with its many facilities has been lovingly and patiently restored over the years, retaining many of its original features and exudes many pleasantries of times past through its décor and furnishings.

“A truly beautiful old house with much more of its past to reveal and its well earned place in history!

“In total c. 3700 sq ft of exceptional living space offering 5 bedrooms and 4 plus reception rooms bordered externally by around 1.5 acres of mature grounds and a courtyard.

“It has been lovingly and meticulously restored to it’s former glory by the present owners – yet retaining many of it’s original features.”

House hunting: Derry lodge steeped in history on the market for £550,000 was last modified: September 22nd, 2020 by John