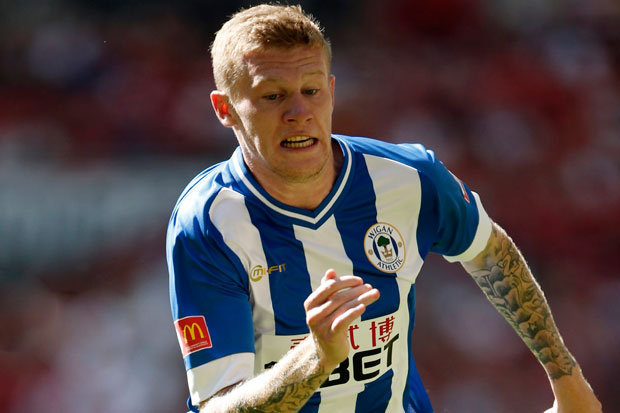 James McClean donates £5,000 to fund for his former club Wigan

James McClean in his days playing for Wigan

BIG hearted James McClean has dug deep yet again and contributed £5,000 of his own money to a fund designed to save his former club Wigan Athletic.

Wigan, relegated to League One last season, have hit hard times and the club went into administration in July.

Republic of Ireland international McClean made the donation to a GoFundMe page which has been set up in an effort to secure the club’s future. The fund has raised £335,000 at the time of writing.

Along with his donation, McClean wrote: “Wonderful club where I had the privilege of two great playing years there.

“Great people that looked after me and my family,

“Hope the club gets back to where it belongs.”

The club responded with a tweet: “A huge thank you to James McClean who has pledged £5,000 to Save Our Club.