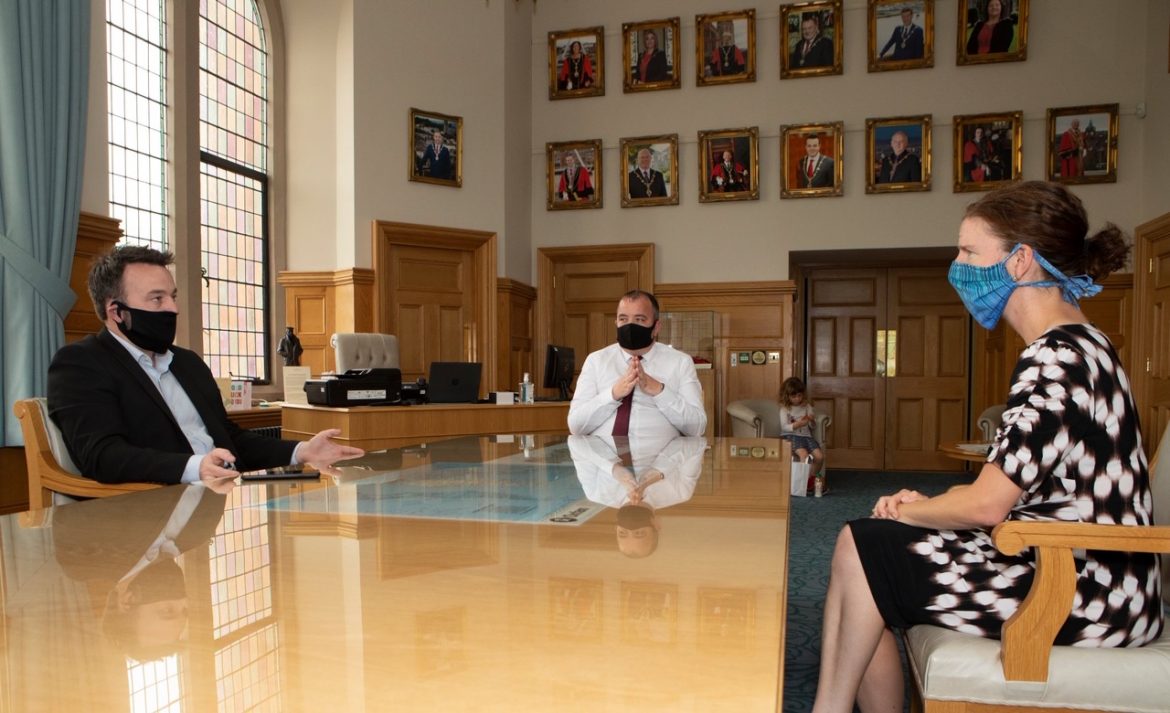 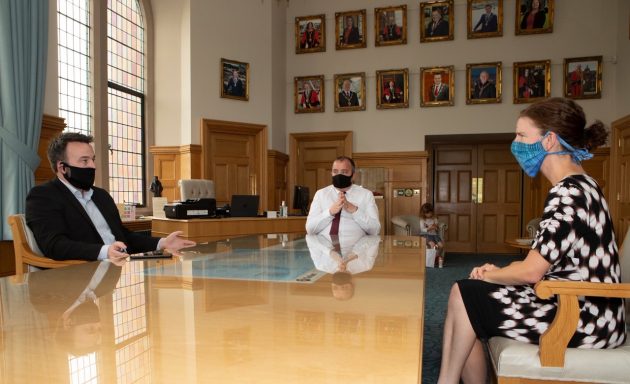 SDLP Leader Colum Eastwood has met with Shadow Chancellor Anneliese Dodds in Derry to discuss the effects of Coronavirus on Derry’s economy, the decades-long under investment from the British government, challenges Brexit poses to the North and the urgent need for a stimulus package to stabilise our economy against the coming recession.

The meeting was held at the Guildhall on Wednesday which was also attended by the Mayor of Derry City and Strabane Council, SDLP Councillor Brian Tierney.

Following ta meeting, the Foyle MP said: “I’m pleased to welcome Shadow Chancellor Annaliese Dodds to Derry as part of her first visit to the North to discuss the economic challenges our city faces, the knock-on effects that Covid-19 has had on our businesses and the oncoming threat that Brexit poses.

“Coronavirus has presented immense difficulties for our local businesses.

“Many shops pulled down their shutters in March and will never open them again, even as certain lockdown restrictions are eased.

“In the past few weeks, Derry’s city centre has been dealt blow after blow with the announcements that businesses who employ hundreds in our city will close, leaving Derry yet again an unemployment blackspot on the cusp of a recession.

“Opposition parties in London need to be united in calling on the British government to help transform the North West’s economy to encourage future growth, attract businesses and maintain employment.

“Given the recent rise in Coronavirus cases in the North and the possibility of further restrictions, many people availing of the British government’s furlough scheme are worried about what the future holds for their jobs in the event of a second wave. 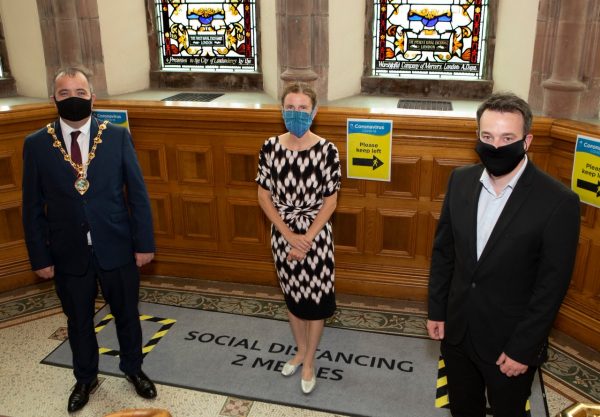 “It is crucial that an extension to the British government’s furlough scheme is put in place to protect workers, employers and our local economy.

“The people of Derry know all too well about the decades-long under investment and neglect this city has experienced at the hands of successive British Governments.

“This neglect will only be aggravated by a Tory government hell-bent on dragging the North out of the European Union against its wishes.

“Our city will be disproportionately damaged by the impact of a reckless Brexit that people here didn’t vote for.

“As the MP I have stood time and time against the nativist, Tory Brexit agenda. Derry’s best interests are within the European Union with immediate access to the world’s largest trading block.

“We are all very aware of the transformative impact that education has on our young peoples’ futures. 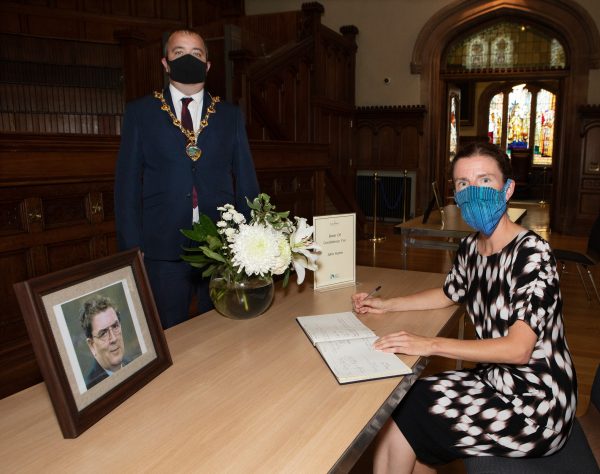 “Due to years of deliberate under investment, Derry has missed out on a full-scale university.

“Provision for a full-scale university for Derry to invest in skills and provide opportunities to meet the needs of our people must be put in motion to address the inequality and to keep our young people here, instead of having to go abroad to build their careers,” added Mr Eastwood.