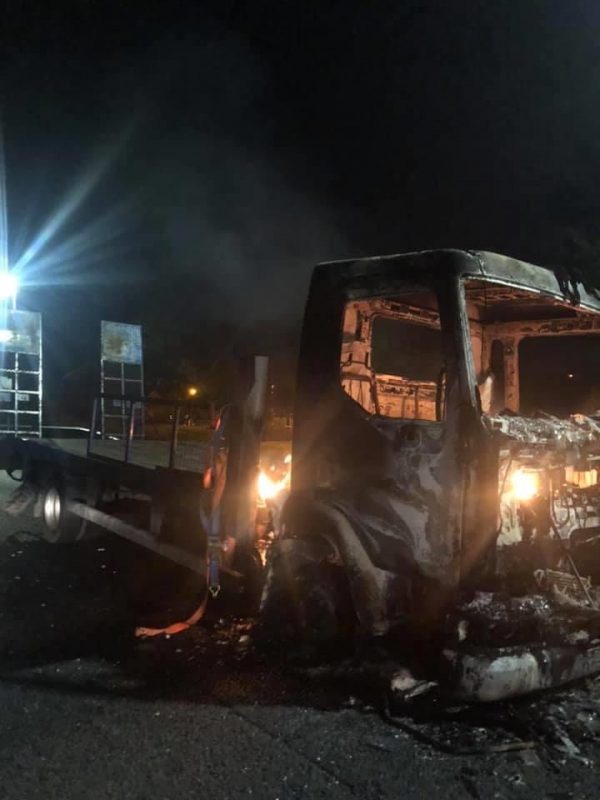 POLICE have charged a 14 year old male with a number of offences including riotous behaviour and throwing petrol bomb.

A 15 year old male has been charged with attempted criminal damage and riotous behaviour.

Both are due to appear at Derry Youth Court today, Friday, August 8, for a first remand hearing.

As is normal procedure all charges will be reviewed by the PPS.

The charges are in connection with incidents in the Galliagh area of Derry earlier this week.

There was rioting over three nights in Derry as masked males hijacked a number of vehicles before setting them on fire.

Police had also come under attack from petrol and paint bombs during the rioting.