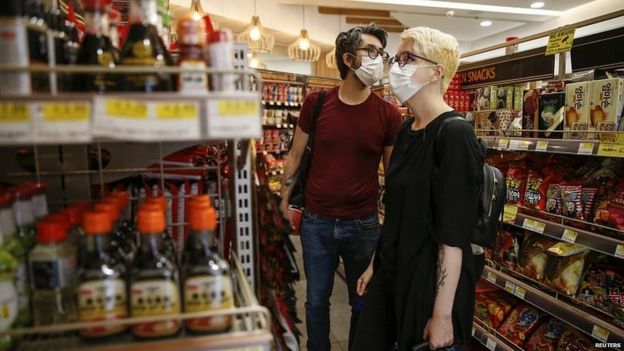 The public urged to wear face coverings in shops

THE Stormont Executive should urgently reconsider its policy on face coverings in shops, Health Minister Robin Swann has said.

Mr Swann said there is a “perception – fair or otherwise” of mixed messaging, which needs to be cleared up.

Face coverings are strongly encouraged in shops in the North of Ireland’s.

But it is not mandatory.

The Executive is due to review the policy on Thursday, August 20, and could make them law on that date.

Face coverings in shops are mandatory in England and Scotland, but not Wales.

Ministers are looking for a compliance rate of between 70%-80% and could enforce face coverings if public uptake falls below that level.

However, in a letter sent to executive colleagues on Sunday, Mr Swann called for the review date to be brought forward to Thursday, August 13.

The health minister said he is not convinced the advice will be heeded and he wants the executive to warn the public that if they do not listen, the policy will be enforced “in the coming days”.

He added that the current policy is being viewed by some as “vague and confusing”.

“While the executive is united on the need for face coverings, there have been differences of opinion on how best this can be achieved,” he wrote.

“That led to a compromise position being adopted by the executive last month.

“While some may view that position as nuanced and graduated, others have depicted it as vague and confusing.”

He added that the “wording of the decision had been the subject of different interpretations” and the “ambiguity has not proved to be constructive”.

Mr Swann said the “messaging will be much more effective if backed by a clear and collective signal of intent on the mandatory issue”.

The health minister also said the review date for the policy should be brought forward from August 20 to August 13, with a “projected start date for enforcement” the following day.

He signed off the letter suggesting they “still have time to clear up any confusion and set out a concise position”.

Mr Swann has previously said he was not convinced that enough people would wear face coverings in shops without an element of enforcement.