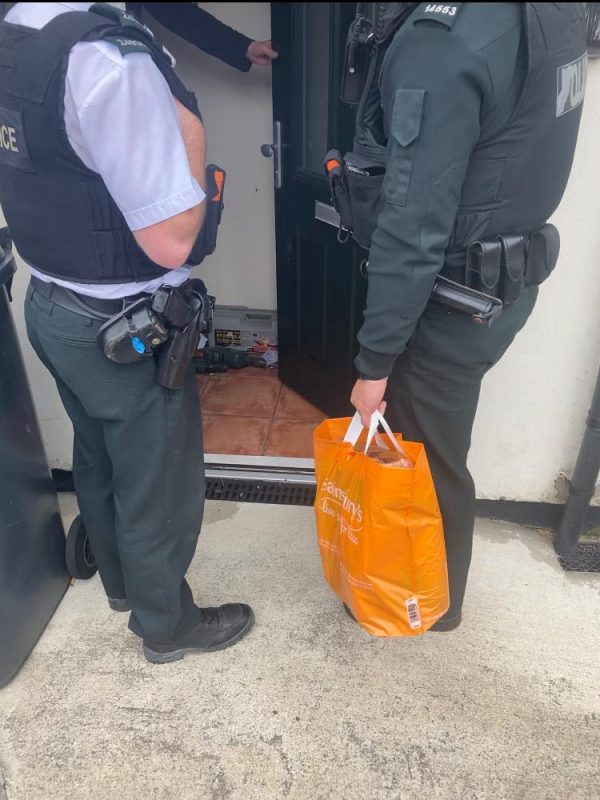 THE PSNI in Derry have paid a big thank you to staff at Sainsbury’s in Derry who have come to the rescue with provisions for an elderly man.

Police Derry City and Strabane say on its Facebook page: “Ballyarnett NPT were on patrol in the Shantallow area when they were approached by an elderly male with underlying health conditions.

“The man informed police that he had no food in his house and no money.

“Police approached Sainsbury’s who provided these much needed essential supplies.

“A massive thank you to our local Sainsbury’s on Strand Road who were happy to assist in providing essentials for this male.”

Police praise Sainbury’s staff for helping out with provisions for elderly man in Derry was last modified: July 13th, 2020 by John