Mr Eastwood told the Nolan show on BBC Radio Ulster that Sinn Féin were “putting themselves ahead of the people”.

“People buried children during this (lockdown) and weren’t able to have a proper send-off,” he said.

“I think it is reprehensible.

“I think there has to be a consequence of that.

“I would just say this if it was me I know that my party wouldn’t let me stay in the position that I am in (party leader).”

Mr Eastwood has said the Deputy First Minister should “refer herself to the standards authority in the assembly”. 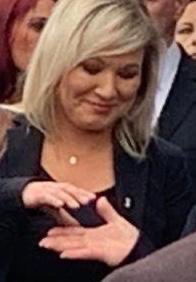 The Foyle MP added that Sinn Féin believe there is “one rule for them and one rule for everyone else”.

The SDLP MP accepted that he would be accused of political point scoring but said he was “calling it as he sees it”.

He claimed Sinn Féin had “blatantly” disregarded the rules and regulations.

But the Sinn Féin vice president has accused her critics of politicising the issue and said her actions were in line with social distancing.