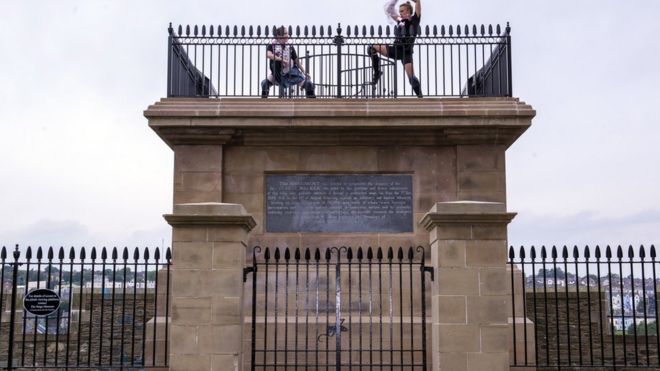 The Void Gallery have previously used the site for art, including work by artist Candida Powell

A sculpture to mark the Covid-19 pandemic is to be unveiled as part of an arts project aiming to depoliticise a contentious space in Derry.

Artist Alan Phelan’s sculpture of a hyacinth flower will be made with the help of the local community.

It will be installed on Walker’s Plinth on the city’s walls in September.

A statue of the city’s governor during the Siege of Derry, George Walker, stood on the plinth for almost 150 years until it was blown up by the Provisional IRA.

The artist said he was delighted to have his work chosen as the Plinth Commissions project for 2020.

“My idea is to work with the community to mark this strange time we have all experienced and harness the people power of socially distanced activity to make this public sculpture,” he said.

The project, a collaboration between Derry’s Void Gallery, the Apprentice Boys of Derry and Friends of Derry’s walls, is being financed by the Irish government’s Department of Foreign Affairs.

The plinth is all that remains of the statue of George Walker built in 1826 to commemorate his role in the Siege of Derry. 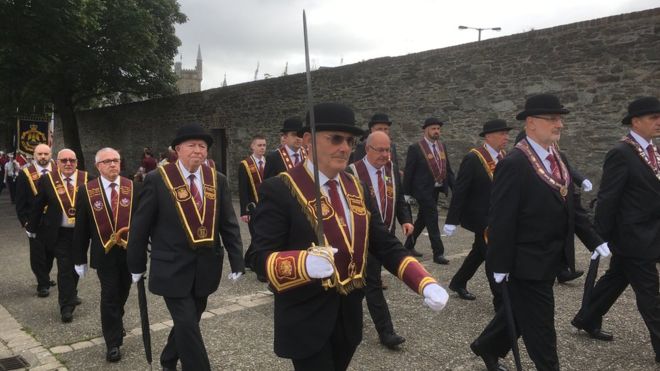 It stood atop a 25-metre-high column and overlooked the city’s Bogside, until it was destroyed by the IRA in 1973.

Void curator Mary Cremin said the project aims to reclaim the space for public use.

She said two histories of Derry, the Siege of 1689, and the modern era troubles, come together at the plinth.

The project will bring the plinth into “the more contemporary,” she said.

Alan Phelan’s sculpture, she said, is “very much responding to the Covid-19 crisis”.

“It’s going to be a hyacinth flower which is quite a symbolic flower, as well as a sign of hope.

“And it’s a sign of kind of renewal as well,” she said.

A second commission, a piece by artist David Beattie, will take over the plinth in 2021.

The area of the walls where the plinth stands, the Royal Bastion, reopened to the public for the first time in 46 years in 2019.